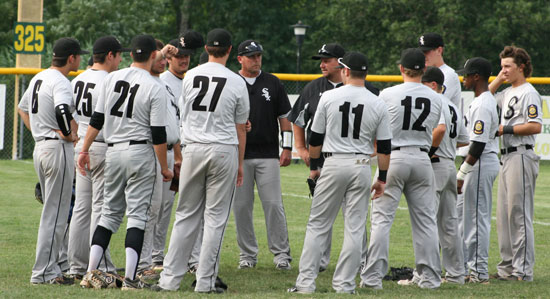 MOUNTAIN HOME — The proverbial law of averages caught up to the Bryant Black Sox on Monday night. 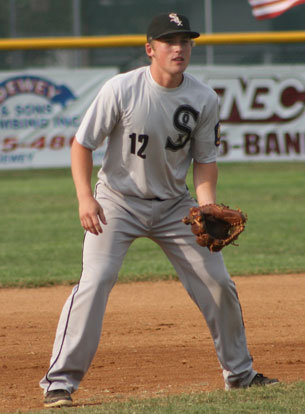 After nine consecutive wins over the TEXAR Federal Credit Union Razorbacks of Texarkana over the last two seasons including in the District and State title games last year and the District final again this year, the Sox suffered an 8-6 loss to the Hogs in the winners bracket final at the State tournament at Cooper Park.

It also snapped a 13-game winning spree overall for Bryant, which dropped to 36-4 on the season. It was just their second loss of the season to an in-state team.

As result, Texarkana advances to the championship round of the tournament, needing just one more win to win the title and advance to the Mid-South Regional Tournament in Little Rock starting Aug. 8.

Bryant takes on Jonesboro in an elimination game Tuesday at 4 p.m., for a chance to take on Texarkana at 7, with the crown on the line. A Texarkana loss on Tuesday would set up a winner-take-all final on Wednesday at 4.

The Razorbacks are a win away from the championship. Bryant will need three.

The Sox might’ve come all the way back from an 8-4 deficit had the game gone the usual nine innings but, because of rain that pushed the tournament a day, the games were shortened to seven. 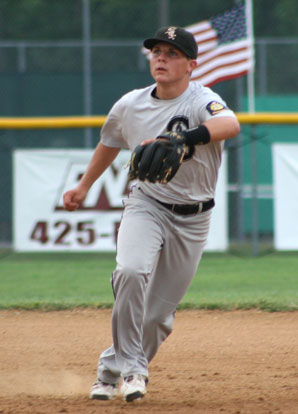 Nathan Stubber went the distance on the mound for the Razorbacks despite giving up four quick runs in the bottom of the first. Tyler Nelson, starting against TEXAR for the third time since July 13 (with wins in the previous two outings), never found his groove as Texarkana plated three in the first, a tying tally in the fourth and three more in the third.

A run in the fourth made it a four-run lead before Zach Jackson shut out the Hogs in the fifth and sixth. Chase Tucker worked a scoreless seventh.

Bryant whittled a run off the lead in the fifth and another in the seventh. With the potential tying run at the plate, Stubber wriggled off the hook to close out the win.

Nelson retired the first two in the top of the first but walks to Kyle Duncan and Jackson Murphy extended the inning to Austin Roark who cracked an RBI double and Jake Garrett who followed with a two-run triple to make it 3-0. Nelson fanned Brandon White to leave Garrett at third.

Trevor Ezell and Ozzie Hurt began the home first with singles. Marcus Wilson made it 3-1 with a sacrifice fly. Walks to Hayden Lessenberry and Nelson set the table for Tucker, who drilled a double to left-center to clear the bases, making it 4-3. Hayden Daniel singled but Stubber got out of it at that point forcing the Sox to strand two. 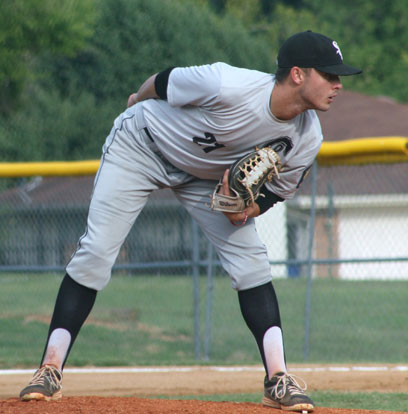 A double by Hayden Phillips and a one-out single from Trevor Rucker tied it up in the second. And, in the third, after Roark and Garrett walked, White singled in a run. Phillips tried to bunt in a run but popped out to Nelson, who tried to double off Garrett only to have the throw get away from him. Garrett scored and, after Trey Jeans struck out, Luke Maguire singled to make it 7-4.

Texarkana got its final run when Duncan doubled, advanced on a groundout by Murphy and scored on Roark’s sacrifice fly.

The Sox had been unable to take advantage of a lead-off single by Daniel in the bottom of the fourth but, in the fifth, Wilson yanked a one-out single into left and took second on a passed ball. Lessenberry singled him to third then Nelson picked up the RBI with a grounder to first. Lessenberry took second but was stranded.

Jackson had hit White with the second pitch of the top of the fifth but Lessenberry threw him out trying to steal and the next two were retired. Jackson fanned Jeans to end the inning. With the lead 8-5, Texarkana went down in order in the top of the sixth.

Two-out walks to Korey Thompson and Ezell caught to naught in the Bryant sixth. But, after Tucker worked around a one-out walk in the top of the seventh, the Sox made a bid to tie it when Wilson led off the bottom of the seventh with a triple to right. Lessenberry reached back on a third-strike wild pitch then Nelson delivered a sacrifice fly.

But that’s all the Sox could get as Stubber induced a fly to right then ended it with a strikeout.