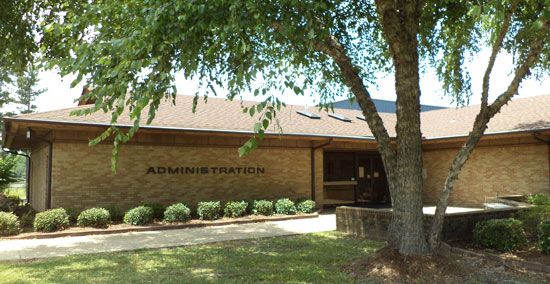 Janette Irby was also recognized at the meeting for her willingness to step up and be the interim Business Manager for the past four months while the district attempts to fill the position permanently.

“Breakfast is the most important meal of the day.” This is the phrase that has been told to parents and students alike for the past several years. Studies show that students that participate in a school breakfast program have improved academic performance, improved health and better behavior, according to the district. The Arkansas Hunger Relief Alliance (AHRA) has awarded Gay Seller, Food Service Director of Bryant, a grant to provide breakfast in the classroom at Davis Elementary.

According to a district spokesman, “This pilot program will provide a healthy and nutritious start to every student’s day.”

Bob Padgett, Maintenance Supervisor at Bryant, presented the board with three different roofing scenarios for each building that is in need of repair. The board agreed to receive bids on the construction and repair work for buildings 15 and 22 on the high school campus and building 601 at the Educational Resource Center.

The Federal Budget for the school district was not available at the September school board meeting when the other budget for the year was approved. Now that the numbers are available, they were presented to the board showing the Title I, Title IIA and Title III monies in the budget for the 2013-14 school year.  The board approved the budget.

Hornets put together 20-0 surge in second half to rally past Benton in JV game
Senior Profile: Josh Farnsworth