Scouts cited for advancing in rank 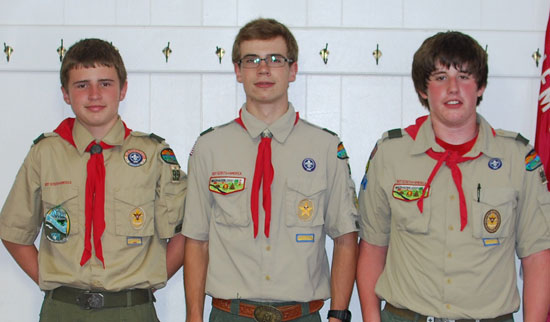 The ranks of Star and Life are milestones toward the highest rank in Scouting – Eagle. As such, these ranks require mastering a number of merit badges, demonstrating leadership and responsibility, and serving others.

Troop 99 is part of the Quapaw Area Council, and is chartered to the Salem United Methodist Church in Benton.