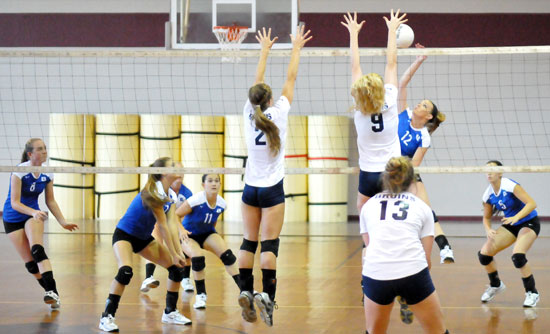 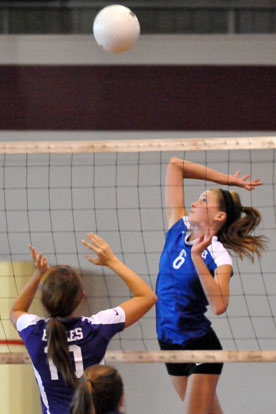 It will take some getting used to.

That’s why the team’s work at a jamboree hosted by the Benton Lady Panthers on Thursday night figured to be most valuable. The Lady Hornets, with just one player back with much varsity experience, played five different opponents one game each.

In the end, they won just one of the four games but head coach Beth Solomon was very pleased with the play over the first three but then noticed the drop-off. They opened with an 18-25 setback against Pulaski Academy then edged Mount St. Mary Academy, 25-23. A game against Little Rock Christian followed and it went to the wire before the Lady Hornets absorbed a 23-25 loss. 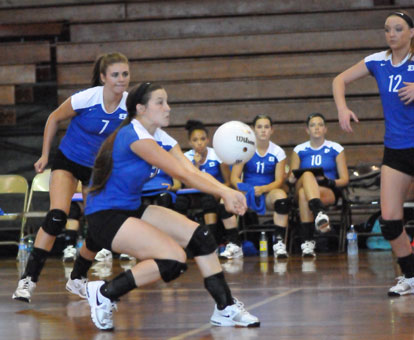 Game four went to Malvern 25-21 before Bryant wrapped up the evening with an 11-25 loss to Benton.

“The girls did a great job in the first game with Pulaski Academy of not letting down and staying intense,” Solomon assessed. “During our second game with Mount Saint Mary and our third with Little Rock Christian, we played very well. The girls did a great job of moving and covering one another. We were running good plays and our hitters were putting the balls away with the great passing and sets we were accomplishing.

“During our 4th game with Malvern, we were up by about six points and then our whole night shifted,” she noted. “The girls were not playing intense and we really were not working as a solid unit on the court. The inconsistencies took over and we ended up losing that game.

“The inconsistencies carried into the Benton game and we shut down,” the coach stated. “The girls are tired. I know that the first week of school seems to drain the girls every year and this year is no different. They were hot, tired, and it really looked like we ran out of steam. Part of this goes back to being a younger team. They’re not quite used to having to push so hard through five games instead of only three — yet. We will be.”

Solomon emphasized, however, that she was not disappointed.

“Overall I was pleased with how our girls played tonight,” she said. “Overall we had a great night and I was proud of the girls.” 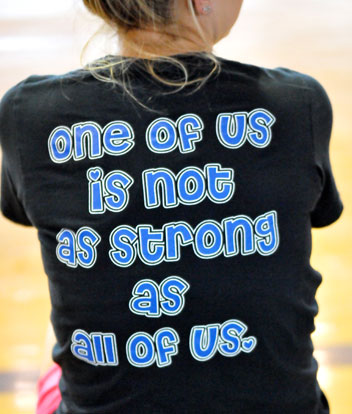 In the game with Little Rock Christian, Anderson came through with six kills. Sahlmann had four assists and an ace. Brown finished with five digs, Shelton three.

The Lady Hornets only managed four kills as a team against Malvern but they had five aces including two by Shelton. Anderson, Sahlmann, Emily Henson and Selig each had a kill. Brown led again with two digs and Sahlmann finished with three assists.

Against Benton too, Bryant finished with four kills, two by Jones and one each from Anderson and Dillard. Sahlmann had all four of the team’s assists. Dillard turned in the lone ace while Brown, Anderson and Selig each came up with a dig.

On Saturday, the Lady Hornets will take part in the first Bryant volleyball showcase at Bryant Middle School. They’ll cap off a day in which all the teams in the program, from seventh grade through high school varsity, will scrimmage. Here’s the schedule: 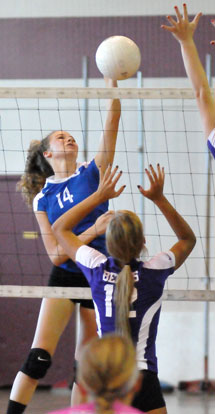 On Tuesday, Aug. 27, the Lady Hornets will travel to Van Buren for a match that will count toward their State Tournament ratings as a conference contest. With South Conference member Pine Bluff not fielding a volleyball team, other games must be designated to substitute for those matches so Bryant can be seeded among the West teams for the Class 7A State Tournament. The Lady Hornets’ Aug. 29 home match with Rogers Heritage will count in the same way.