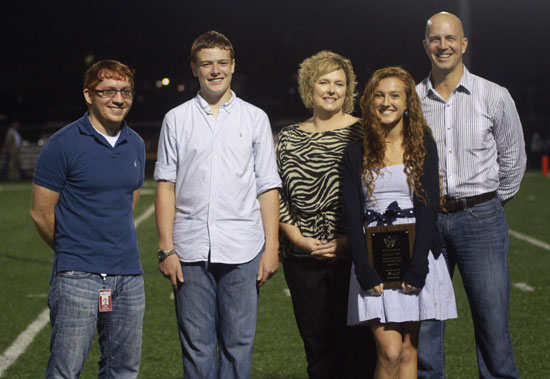 Bryant High School, in conjunction with Sykes Enterprises in Malvern honors student athletes of the month throughout the school year. Selected by the school, students are recognized for their great athletic abilities along with outstanding classroom performance.

Caitlyn Bell (girls cross country) was selected as the August recipient and Charlie Terry (boys cross country) was chosen as September Athlete of the Month and honored prior to the Bryant football game against Little Rock Catholic on Friday, Sept. 20.

According to her coach, Danny Westbrook, “Caitlyn is a great leader and works extremely hard at home and at team practices. I am very proud of her accomplishments as a runner.”

As a sophomore, Charlie Terry has established himself as one of the best high school runners in central Arkansas. He opened the season with a victory at the annual Bryant intrasquad meet, and then earned a fourth place at the OBU Invitational.

“Charlie has a great work ethic … he is a dedicated athlete and student,” said Hornets cross country coach, Steve Oury. “Charlie ran hundreds of miles over the summer, and leads the team each day in practice. He is everything a coach could want.”

Sykes Enterprises presented both athletes with plaques and announced $2,500 in scholarships for Bryant seniors. 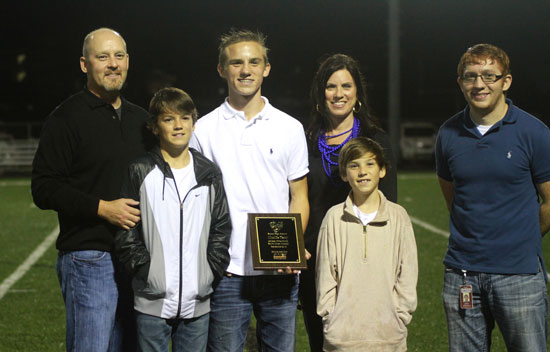