The Hornets are now 8-2 going into tonight’s game against Cabot North at the Bryant High School gym.

The setback came despite a 19-point, 11-rebound effort from Myles Aldridge.

“We turned the ball over too many times in the first half and dug ourselves a hole,” said Hornets coach John Harrison. “We were down 24-14 at the half.

“We fought back in the second half and cut it to 4 with 58 seconds left,” he recounted. “We turned them over and got the ball back and got fouled. (Gavin) Brunson made the first and missed the second. We rebounded but missed a putback on the missed free throw that would have cut it to one possession.

“We didn’t play well but Sylvan Hills has a really good group,” the coach said. “I wish we could play them again. I think we are better but can’t turn the ball over and beat good teams.” 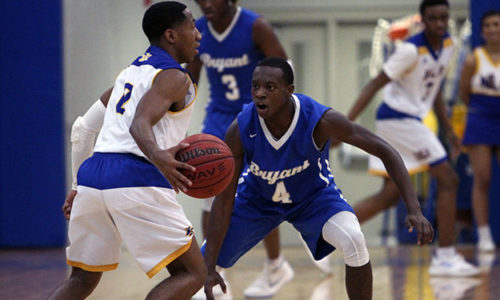