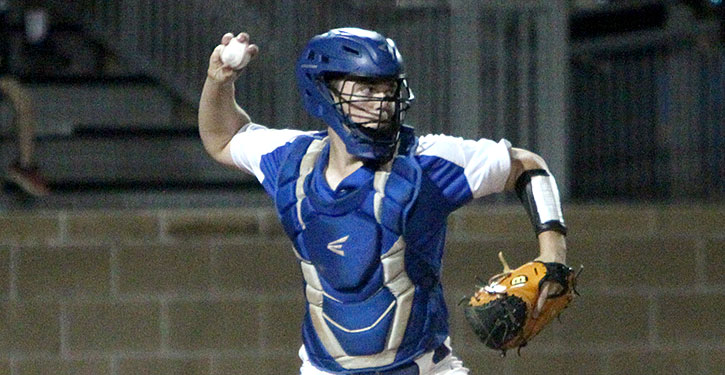 There are holes to fill every year in high school sports. Sometimes, they are few and those guys that are plugged in have the luxury of working their way into a comfort level while the players that have been there carry the load.

Other times, through graduation and injury, few with experience return and that puts an onus on untested players who will be counted on right away. That usually results in some inconsistency as they learn on the fly with the goal of developing into the best they can be by the end of the season and the State tournament. In other words, there may be bumps along the way but that’s part of the process.

The 2020 Bryant Hornets find themselves in the latter position this season after the core of their conference championship team, including some three-year starters, graduated after a 27-5 season.

The Hornets get their season underway today with a benefit game at Malvern at 5 p.m. They open the season in earnest on Monday, March 2, at home against Hot Springs Lakeside.

There’s some talent returning including junior Austin Ledbetter, who has verbally committed to the University of Arkansas. He hit .308 last season and was 7-1 on the mound with an earned run average of 0.78. He fanned 55 and allowed just 29 hits in 44 2/3 innings.

There’s senior catcher Cade Drennan, who has signed to play next year at UA-Fort Smith. As a junior, Drennan hit .370, second best on the team. He led the team with 16 doubles and drove in 27.

Senior Gage Stark, who became a solid hitter last year as a junior, hit .290 but has been sidelined by surgery and it’s unknown when he might return.

Defensive standouts junior Noah Davis and senior Zion Collins are back with plans to be more of an impact offensively.

On the mound, junior Will Hathcote, Collins, along with seniors Slade Renfrow and Braden Knight got some varsity work last season.

But those players along with others will be counted on to play bigger roles this season.

“You lose as many guys as we did last year — and we return quite a few — but we’ve got some spots where we need guys to get experience and the only way we’re going to get it is to just go out and play,” said Travis Queck, who begins his fourth year as Hornets head coach.

“We’ve got guys that are very, very capable of doing the job,” he added. “We just haven’t seen them do it. There’s going to be some headaches early on. Hopefully, we’re mature enough to go back to the drawing board and fix stuff, as a team, as a unit.

“I’m hoping we can get those things done right now but there’s things that pop up through the course of an intersquad — you don’t want to make the game robotic. You prepare for everything but there’s still going to be situations that you have to have some gamesmanship. You’re going to have to be aware.

“We’re fighting some of that,” the coach allowed. “We’re just going to keep working every day. The guys have done a good job so far, just not as fast as you want it done.”

Queck expects his team to have to scratch out runs, particularly early in the season.

“It’s going to be an interesting group,” he said. “Ledbetter and Drennan are two of our better bats. The only problem is they don’t necessarily run very well. I want to put them up in situations where they’re going to have to feed them pitches and not pitch around them to get to somebody else.

“So, there may be days when Cade’s leading off and, if he gets on base, we have a courtesy runner. So, there’s your runner. If Led’s pitching, he may be leading off. That way, if he gets on, we’ve got a runner for him. It’s not that Led can’t get it done, it’s just, in that situation when he’s pitching, you kind of want to have a little more speed, and you get him in the dugout to rest.

“From there,” Queck continued, “it could be Noah in the two-hole. He had a lot of at bats last year, not ultimately successful but a guy that, I tell you, is a bellcow of our team. He’s who we’re going to hang our hat on to be a leader by example. The effort, the attitude, the energy — I couldn’t ask for more from Noah. I just wish we had nine Noah Davises. It would be a fun time.”

Ledbetter or Drennan, whichever is not leading off, would bat third, the coach added. Dillon probably would bat fourth.

Queck mentioned junior Jackson Parker. “He’s a guy that had a great summer in Legion. He has swung maybe as well if not better than anybody else on the team. So, we’re interested and eager to see what he’ll be able to help us do.”

“Those guys have made huge strides since last year,” Queck said. “In the weight room, in their mentality, in their preparation and increasing their ability. Turner will probably start at DH but, too, I really like how the ball jumps off Burton’s bat. For them, it’s just the experience factor, getting them at bats and the successes along with the failures. How are they going to handle that?”

Riggs, Collins, Sears and Speer will fit in after that.

“For us to be successful, we’re going to need those guys to be successful this year,” said the coach. “Those are guys — and there’s a couple of others in there — that we feel can help us win.”

Drennan will be the primary catcher with relief from Riggs, who’ll also play in the outfield. Ledbetter will play at the corners, first and third. Collins and Seelinger could play at third as well as Braden Knight and Brayden Lester. Collins and Parker are shortstops with Davis and junior Kyler Pabon at second. Dillon will start at first and Aidan Adams, once basketball is over, will help out there.

In the outfield, Sears and Speer figure to start with Riggs. Logan White, a sophomore, will get some time there along with junior Garrett Wilson, when he returns from injury.

“We’re really intrigued by freshman Jordan Knox,” Queck said. “I’m hoping he can come in after basketball and give us a spark out there, either out there playing on a daily basis or being a base-runner.”

As for the arms, there are plenty but, again, may untested at the high school varsity level.

“We had guys that were really thrown into the fire as sophomores who played big roles on the mound for us last year as seniors,” Queck said. “Really, we’re back to square one, where we were three years ago.

“I like Austin at the top,” he continued. “I like Will Hathcote, a guy that’s a competitor. He’s had an outstanding fall in the weight room and is a guy I feel like we can hang our hat on. Peyton Dillon has done some really, really good things on the mound for us. I’m hoping he can continue to carry that on into the season.

“We’ve got Zion Collins and Braden Knight,” the coach related. “Zion is a guy who has a high ceiling and hasn’t been given his opportunity because he’s had so many guys in front of him. But I look for Z to have some success this year.

“Braden is a guy who’s full of energy and really wants to succeed. The role he’s going to have to play this year is an extra starter, reliever, a utility whatever-you-need-coach kind of guy, and that’s exactly the guy Braden is. We have to have those guys.”

“I see Christian making huge strides,” he said. “He got a lot of confidence this summer. He’s grown. I see the velo increase.

“Slade is a guy that dropped down for us last year and he’s 84, 85 (mph) from the drop down position,” the coach added. “He can sink it in on a righty and sink it in on a lefty, can drop it straight down with a change-up.

“It’s a very intriguing group of guys,” he concluded. “We have arms. They just haven’t had the experience. And we’re going to have to make the right decisions as the season gets going. I’m excited about that.”