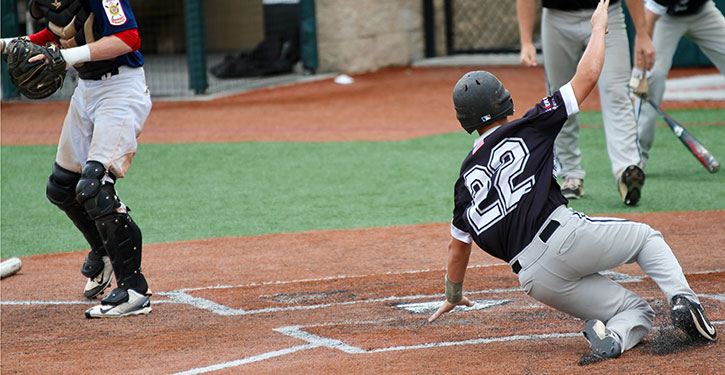 Courtesy of The American Legion

Here’s a look at each of the eight teams in this year’s ALWS:

Notes: Shrewsbury took advantage of two errors to score three unearned runs in a 5-1 win over fellow Massachusetts team Braintree in the regional championship game, avenging an earlier 8-7 loss. While Shrewsbury’s regional batting average (.274) is the lowest of the eight ALWS qualifiers, their pitching (2.27 ERA, 37 K’s) and fielding make them a challenging opponent.

Notes: Luke Blair hit two home runs in the regional, including a two-run insurance shot in a 10-6 win in the championship game against Ephrata (Pa.). William Karp stole four bases in five attempts at the regional.

Notes: None of the eight ALWS teams was more dangerous on the basepaths than Arkansas, which stole 12 bases in six regional games. Logan Allen was 4-for-5 on steals and also tripled twice, while Dylan Hurt had four of the team’s 10 doubles.

Notes: Michigan’s Jordan Patty threw 12 strikeouts in just 9.1 innings in the regional as Midland returns to the ALWS for the third time in four years. The program won the title in 2009 and was runner-up in 2015.

Notes: This is the fourth straight year that a team from Omaha has reached the ALWS. Creighton Prep didn’t lose a game in the regional.

Notes: Lewiston won five straight after falling in the regional opener to reach the ALWS for the sixth time in program history. The team capped the streak with three runs in the final two innings of a 6-5 championship game victory on Aug. 5.