Time runs out on Junior Sox, Maumelle with nary a run scored 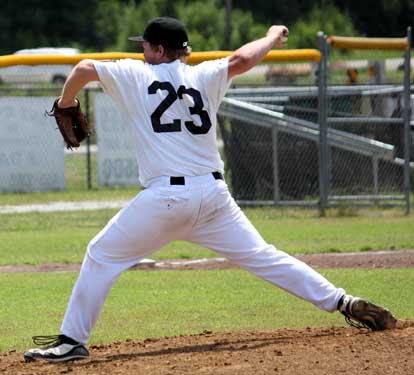 BAUXITE — The last time a baseball team from Bryant faced left-hander Brittain Ibbotson, it was the high school’s Hornets against North Little Rock in the quarterfinals of the Class 7A State Tournament.

This summer, Ibbotson is playing for the Maumelle AA American Legion team (small town 19-and-under) and he faced the Bryant Black Sox Junior Legion team in the opener in pool play for both teams at the wood bat tournament in Bauxite.

The Sox could not scratch out a hit against him through 4 1/3 innings and wound up with just one hit against reliever Jacob Stripling, a two-out single by Dylan Cross in the bottom of the sixth. But Bryant’s Tyler Brown, Matt Neal and Jordan Taylor matched the shutout work of the Maumelle duo in what turned out to be a six-inning scoreless tie called for time.[more] 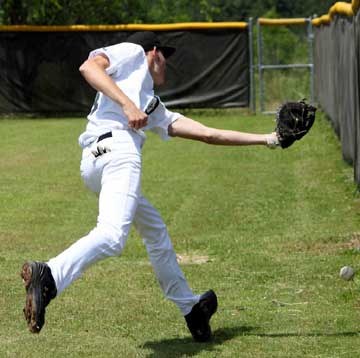 The two teams were competing in a pool with Little Rock Continental Express and Sheridan. The Sox were set to play Continental later on Saturday then take on Sheridan on Sunday at 6 p.m. The top two teams in each of the two pools advance to the single-elimination championship round on Monday.

Maumelle managed five hits and, even with just one for the Black Sox, both teams had opportunities to score. Maumelle had three baserunners picked off (their coach insisted balks should’ve been called on a couple of occasions) and the Sox had two picked off, two caught stealing and another erased on a popped up bunt in a sacrifice situation. There were baserunners in every half inning except Bryant’s third.

Brown surrendered a two-out double to Zach Haberka in the first then took a sharp shot to the right arm off the bat of Dillon Richardson. The ball fell nearby and the Bryant pitcher grabbed it and threw to first for the out, ending the inning.

Brown would try to continue in the second but, after a pair of walks and a wild pitch, gave way to Neal. 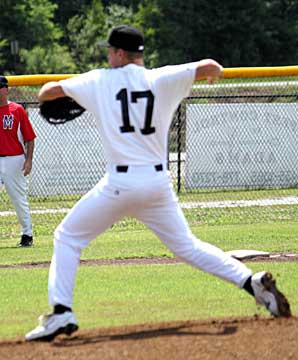 The Sox, in the bottom of the first, got two aboard. With two out, Landon Pickett walked and Taylor smacked a grounder that got through the wickets of the Maumelle third baseman for an error. But Ibbotson ended the threat with a strikeout.

After the walks to start the second, Neal came on an issued another free pass to Wesley Freeland to load the bases. But, much as he did in a key win over Cabot during the high school season, Neal worked the fake-to-third, throw-to-first pickoff to retire Freeland.

Despite Maumelle’s call for a balk, the play stood and Neal came back to retire the next two batters, keeping the game scoreless.

Bryant again looked like it had something going in the bottom of the inning. Evan Jobe drew a walk and, after Quinton Motto got a bunt down, reached second safely when Ibbotson’s throw there was high.

With runners at first and second, Bryant coach Darren Hurt had Tyler Jamison bunting. Jamison got the bat on a high delivery but popped it up. Ibbotson jumped off the mound to grab it before he hit the ground then whirled on second, catching Jobe trying to scramble back for a doubleplay. Again, the lefty ended the inning with a strikeout.

Neal pitched around Ibbotson’s one-out double in the top of the third and, after the Sox went down in order in the home half, Maumelle put together another threat. This time, a pair of walks around a force out had runners at first and second. And when Neal got behind the next batter Ty Schaller, Hurt called on Taylor. Schaller jumped on Taylor’s first pitch and popped to short. A strikeout ended the inning. 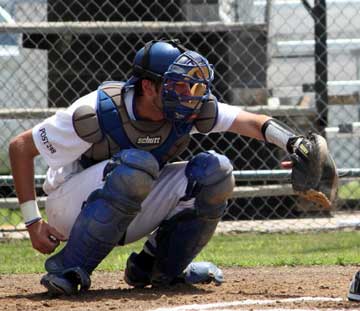 Bryant’s fourth brought walks to Cross and Chris Joiner. With two down and Jamison at the plate, Caleb Garrett, running for Cross, tried to steal third but was thrown out by Haberka the Maumelle catcher to end the inning.

Ibbotson’s second hit came with one out in the top of the fifth but he was erased on a force that had Haberka on first. Tanner Ward came on as a courtesy runner and Cross picked him off to retire the side.

Bryant’s last best chance to score came in the bottom of the inning. Jamison walked but was picked off. Ozzie Hurt drew a free pass then advanced to second on passed ball. A wild pitch got him to third with one out and the top of the order up.

With the infield in, Caleb Garrett hit a grounder to short. Hurt got caught in a rundown but stayed in it long enough for Garrett to get to second.

Lucas Castleberry reached on an error while Garrett advanced to third. But, with Pickett at the plate, Castleberry was picked off to end the inning.

Maumelle made a bid to score in the top of the sixth. Richardson singled and, with one down, raced to third on a base hit to right by Dan Hopkins. With runners at the corners, Taylor picked Richardson off third to take the starch out of the rally. With cries of balk going unheeded again, Taylor struck out Freeland to send it to the bottom of the sixth.

Stripling got the first two outs then surrendered Bryant’s lone hit, a blooper behind third by Cross. Blake Davidson came on to run for the catcher but, with Jobe at the plate, was thrown out trying to steal.

Time ran out and the two teams were left with a tie.

Called due to expiration of time limit.