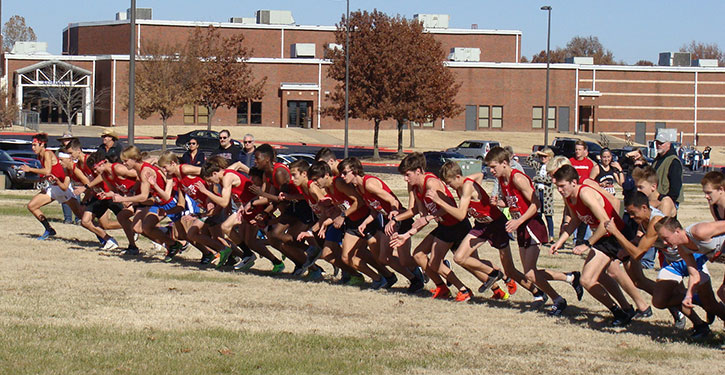 SPRINGDALE — Bryant High School was well represented at the 26th annual Arkansas vs. Oklahoma All-Star cross country meet on Saturday at Shiloh Christian School. Bresner Austin (20th place in 17:16) and Chris Herrera (25th place in 17:21) both earned top 25 medals as the Arkansas squad scored an easy 55-146 victory over the team from Oklahoma. The third Hornet in the race, Hagan Austin, placed 31st in a time of 17:56.

“I’m very proud that we had three boys who qualified for this meet,” said Hornets coach Steve Oury. “They have had a great season and picking up a team victory over Oklahoma was the perfect conclusion.

“The course was challenging but we were blessed with perfect weather,” he related. “Hopefully they will have the opportunity to compete in this meet again next year when it will be held in Tulsa for the first time. One of our goals will be to qualify even more athletes next year.”