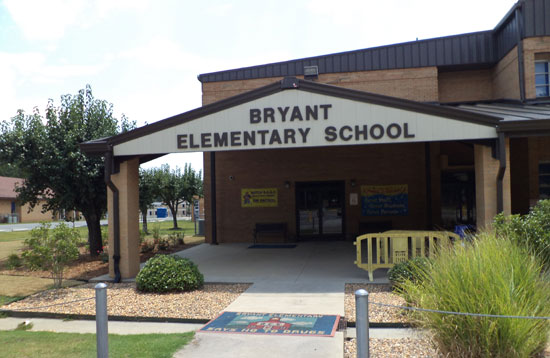 A facility plan was presented and approved at the November School Board work session. This plan will require $97,025 dollars to complete. The board will be asking for a 4.7 millage increase to cover the costs of these projects. The Bryant School District has requested a special election to be held on Feb. 11, 2014 for citizens to vote on this increase.

The special election will allow the district to proceed with their facilities plan that has been in the works since 2011. The increase in taxes would go to pay for constructing and equipping new school campuses and school buildings, purchasing land, and constructing, refurbishing, remodeling, and equipping other school faculties.

“Growth is the main reason we are asking for this millage increase,” said Superintendent Randy Rutherford. “We are up 540-plus students just this year.”

The Board approved the motion and the process has begun for putting the Special Election on the calendar for 2014.

Lewis, Elliot, McMorra, Vaden, Ragsdale, and Woodward Architects have been approved to work on the roofing projects for Buildings 15, 22, and 601 within the district. The Board approved the contract between the architects and the school district.

During the recognition portion of the November meeting, it was noted that Collegeville Elementary has some high achievers in the fifth grade class this year. Seventeen members of the fifth grade class completed a tough application process to become members of the inaugural School Senate. By gaining this title, the students will learn and practice good leadership skills by participating in school and community service activities. The Arkansas Rice Depot was the most recent community service project that the Senate participated in. They packed food for over 25,000 hungry Arkansans.

On Dec. 20, the Student Senate will be attending a nearby nursing home to help out and they will also be caroling around Bryant during the holiday season.