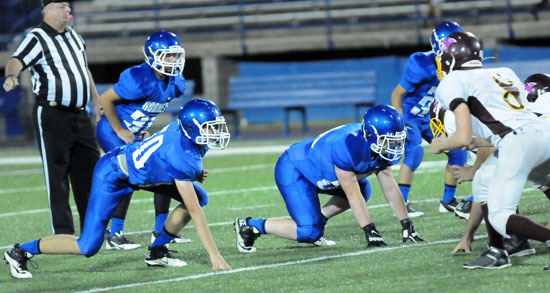 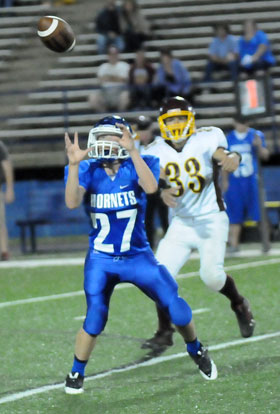 Colin Welch (27) eyes the interception he returned 40 yards for a touchdown. (Photo by Kevin Nagle)

Colin Welch scored three touchdowns including one to begin and another to finish off a 36-12 win by the Bryant Hornets freshman B team over Lake Hamilton’s freshman B team Tuesday night at Bryant Stadium.

Welch and Avery Everett each returned interceptions for touchdowns and quarterback Trey Ashmore added a long TD run during the rout.

Welch dashed 65 yards for the opening score on Bryant’s first snap. He ran in the conversion as well to make it 8-0.

On Lake Hamilton’s next series, Welch stepped in front of a screen pass and returned it 40 yards for another score.

To start the second half, Ashmore broke free on his 70-yard touchdown run.

After Lake Hamilton managed its two touchdowns, Welch capped things off with a 70-yard touchdown run.

Along the way, Ashmore threw to Dillon Daniels for a two-point conversion and Jalen Hernandez ran in a conversion.

The B team is set to play at Benton on Tuesday, Oct. 15. The freshman varsity hosts Little Rock Catholic this Thursday. 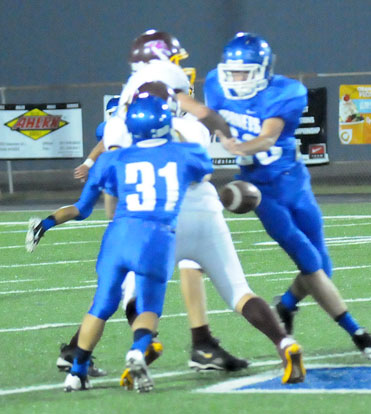 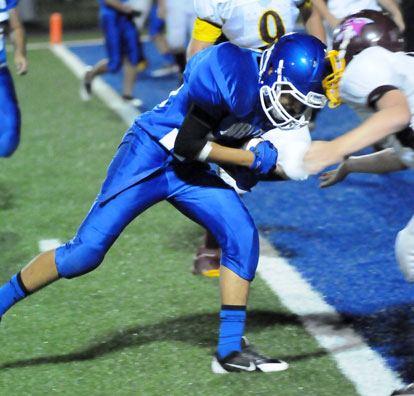 Jalen Hernandez powers in on a two-point conversion. (Photo by Kevin Nagle) 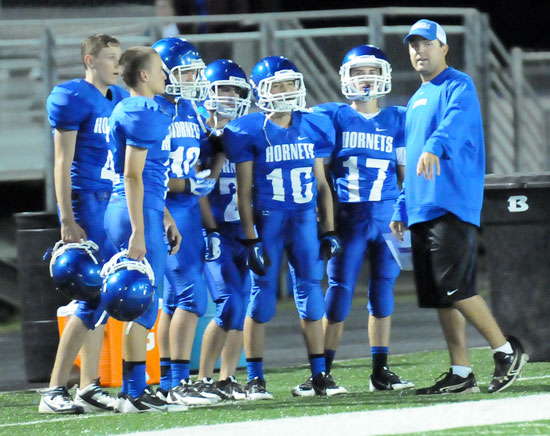