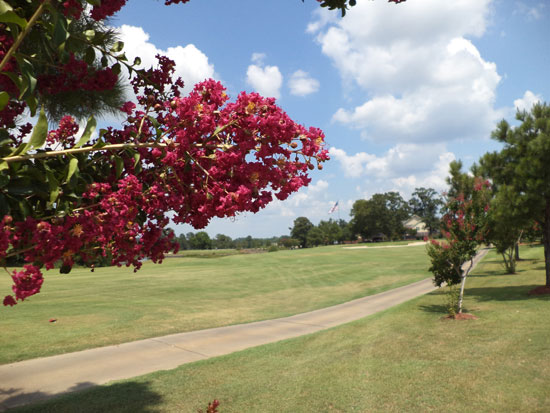 SHERWOOD — Bryant senior Peyton Weaver was individual medalist with a round of 77, leading the Lady Hornets to a first place finish as a team in a field of nine squads at a golf tournament at North Hills County Club on Friday.
The girls finished with a team score of 258. Conway was second at 270.
Conway won the boys team title with a 312, edging Maumelle by three strokes. Harrison was third at 318. Bryant tied for fourth with Springdale Har-Ber in the 12-team field led by rounds of 79 by Drew Castleberry and Chase Thornton.
“The boys had some rough holes,” allowed Bryant coach Keith Dale.
For the girls, Weaver’s round of 77 was three strokes better than second place Hannah Bakalekos of North Little Rock.
Savanna Cathey carded an 87 for the Lady Hornets, seventh overall individually. Abigail McGee shot a 94 with Katy Edwards finishing at 116.
Central Arkansas Christian finished third in the team competition at 273 followed by Mount St. Mary Academy at 287, Cabot (301), North Little Rock (320), Springdale Har-Ber (330) and Malvern (378).
White Parker of Conway along with a pair of Maumelle golfers, Caleb Kubacek and Ryan Spurlock, finished at 74 to top the boys’ field.
Along with the rounds of 79 by Castleberry and Thornton, Nick Canale finished at 84, Logan Moore at 86 and Luke Brantley at 92.
Weather permitting Bryant will play its first home match on Tuesday, Aug. 13, at Hurricane Creek Golf Club.