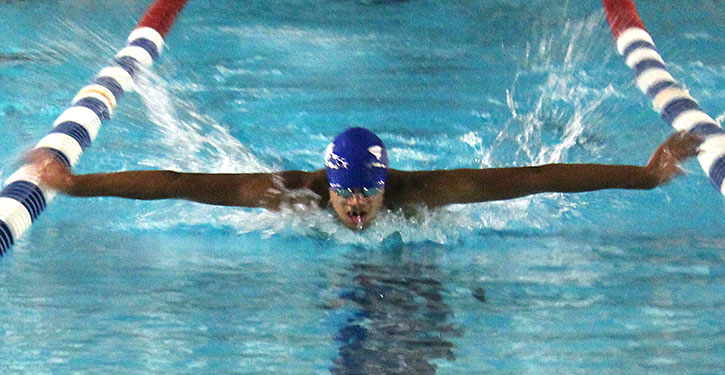 The 200-yard freestyle relay team of junior Hayden Smith, freshman Jazer Olivo, senior Jalen Dinstbier and sophomore Samuel Vinson combined on a time of 1:39.04 to capture first place in the event to highlight the work of the Bryant Hornets at their first swimming and diving meet Thursday at the Bishop Park Aquatic Center.

Little Rock Catholic’s time of 1:39.84 was second to the winning effort by the Hornets in the 200 relay.

The Hornets scored with depth. Their next best finish was a tie for fourth with Catholic in the 200-yard medley relay. Smith, Vinson, junior Cameron Loftis and Dinstbier clocked in at 1:51.30.

Individually, Vinson and Dinstbier had fifth-place finishes. For Vinson, it came in the 100-yard breaststroke with a time of 1:12.11. In addition, freshman Aidan Shaw was eighth in 1:17.67 and junior Carter Miller was 11th in 1:20.72.

For Dinstbier, the fifth-place came in the 50-yard freestyle in which he finished in 23.81 with Smith seventh in 24.07.

Shaw, junior John Peters, Olivo and Loftis turned in a 4:11.70 clocking in the 400 free relay, earning a fifth-place finish.

The Hornets return to action on Thursday, Nov. 21, at Conway. 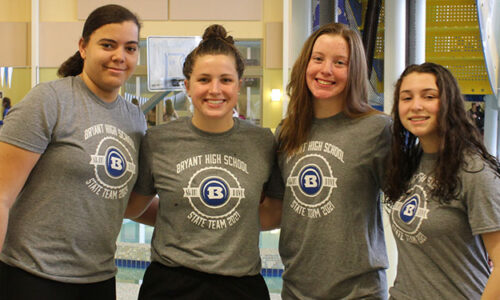