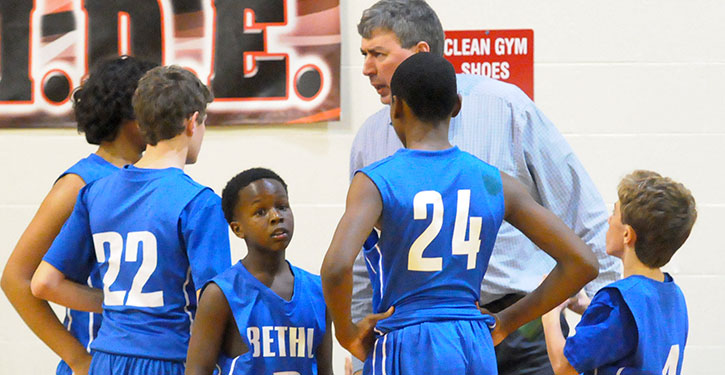 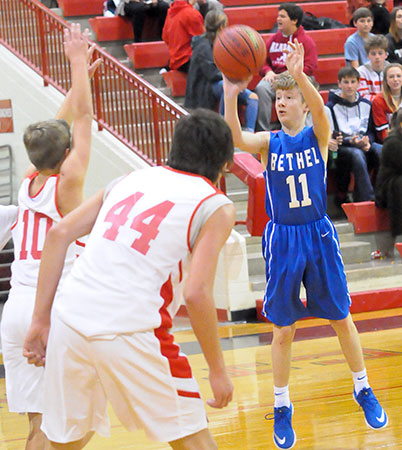 CABOT — Shaking off the cobwebs of over a week away from competition, the Bryant Blue Hornets eighth grade basketball team of Bethel Middle School came from behind for a 29-23 win over the Cabot North Panthers eighth-graders on Monday night.

The Hornets were scoreless in the first quarter but trailed just 4-0. By halftime, they were even at 13. Cabot North surged to a 21-15 lead going into the fourth quarter but the Hornets outscored the Panthers 14-2 down the stretch to extract the victory.

“We played like we’d just gotten off a week-long break,” acknowledged Blue coach Steve Wilson. “After we failed to score in the first period, James (Billingsley) hit a couple of 3’s to give us a 6-4 lead and it was just a battle from there on.”

Billingsley finished with five 3’s in the game for 18 points. Devin Love scored all 4 of his points during the second-quarter comeback. Destin Jenkins hit a late 3 and Elijah Thompson and Evan Lamb added 2 apiece. 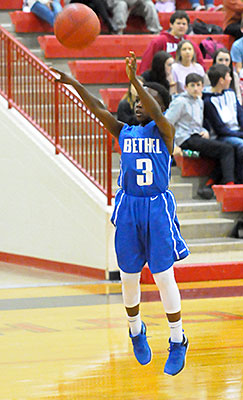 “Devin Love came off the bench to give us a bit of a spark and some much-needed help in the boards,” Wilson mentioned. “We hit our free throws late to preserve the win.”

Thompson had two of those and Billingsley was 3 for 4 at the line.

Now 2-2 on the young season, Bethel returns to action tonight at White Hall. 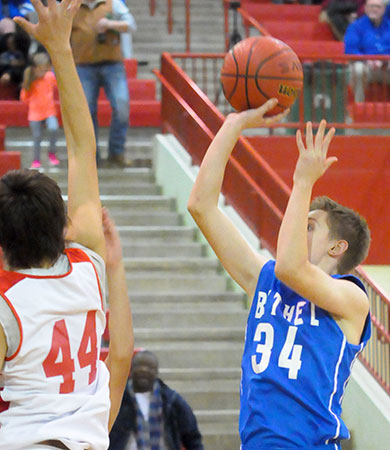 Elijah Thompson (left) gets inside a Cabot North defender. (Photo by Kevin Nagle)