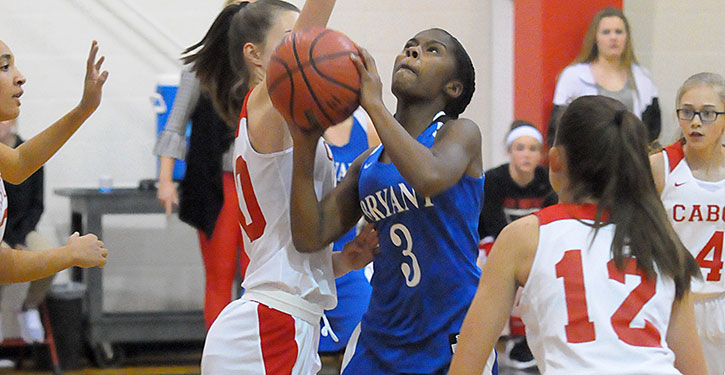 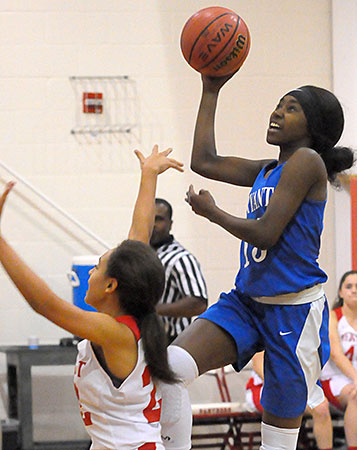 Parris Atkins drives to the basket. (Photo by Kevin Nagle)

CABOT — Despite a slow start after a week-long break from competition, the Bryant Lady Hornets freshman team surged into the lead by outscoring the Cabot North Lady Panthers 13-3 in the second quarter on their way to a 33-18 victory on Monday night.

Parrish Atkins led the way with 13 points. Jordan Hancock and Daria Greer each scored 8 with Hope Hartz and Reagan Dillon pitching in with 2 apiece.

“It was a good win coming off the break,” acknowledged Lady Hornets coach Nathan Castaldi. “We started off a little slow and at the end of the first quarter we talked about playing with more energy and I think we did that the last three quarters.

“We did a much better job this time out of running our offense and being selective with our shots,” he noted. “We forced Cabot North to shoot over our zone and they struggled with that.

“Emma Chappell did a really good job on the inside for us, the coach added. “She blocked several shots and did a great job rebounding.” 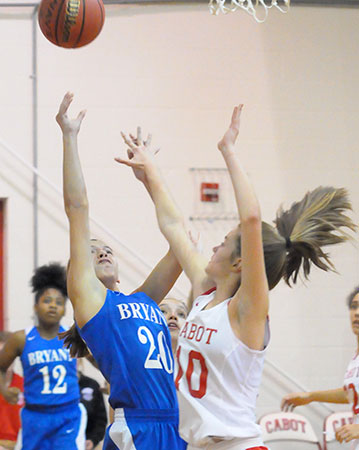 After trailing 5-2 by the end of the first quarter, Bryant built a 15-8 lead by halftime. It was 21-14 through three periods.

“It will get tougher for us on Thursday with North Little Rock coming in,” Castaldi mentioned, “but our girls are excited about the challenge.”

That game will be held at the Bryant Middle School gym. 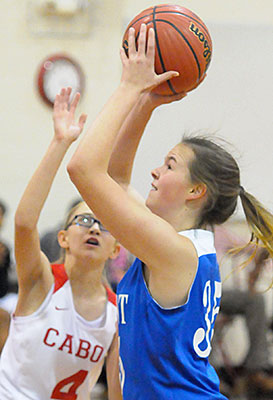 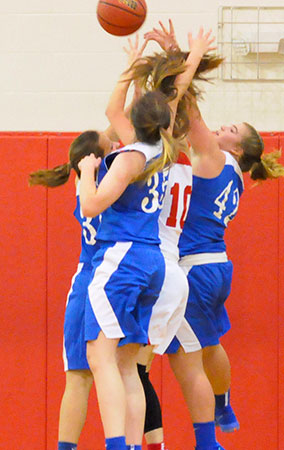 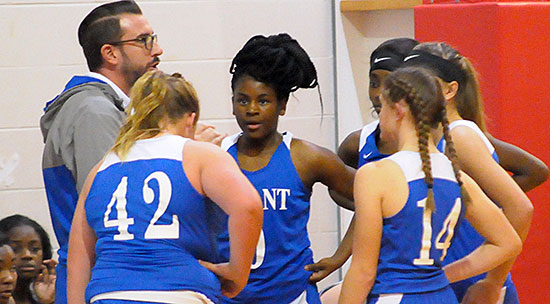