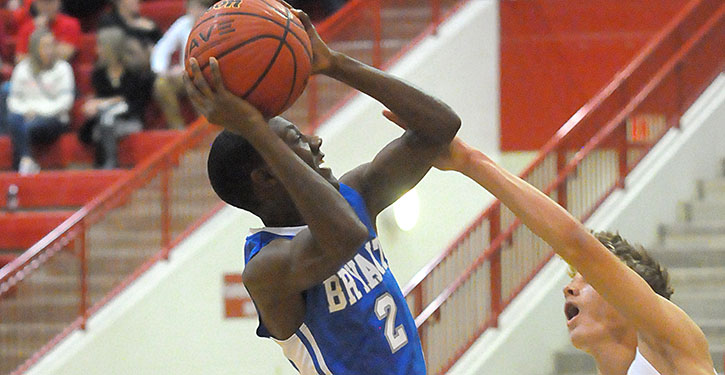 Freshman Hornets pour it on to overwhelm Panthers 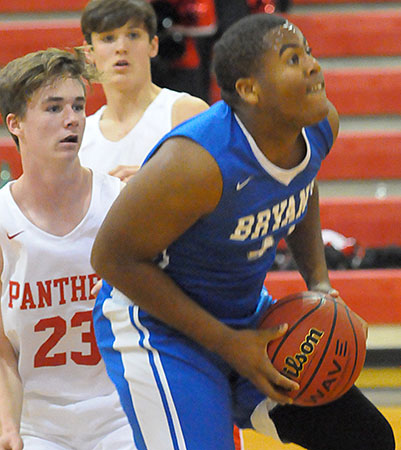 Will Diggins gathers before taking a shot. (Photo by Kevin Nagle)

Landyn Newburn led the way with 10 points. Gabe George had 9 and Will Diggins 7 as the Hornets improved to 4-2 this season going into Thursday’s home game against North Little Rock.

Cameron Booth added 5 points, Demetrius Sanders had 4 with Gavin Burton and Isaiah Kearney pitching in with 3 each. Josh Mendoza and Daizure Hale pitched in with 2 apiece. Caleb Carter and Shamarion Gilmore each hit a free throw.

“We started off very slow and got behind 4-0 early on,” said Hornets coach Tyler Posey. “We finally got going midway through the first quarter and ended it on a 16-2 run.

“Our pressure really created a bunch of turnovers and allowed us to have some easy baskets,” he related. “The pressure continued throughout the game and we continued capitalizing on turnovers. I really thought we did a great job on the boards as well which led to us being able to get out in transition. The effort and energy was there throughout.” 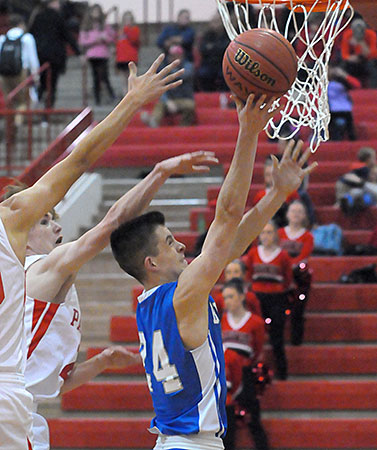 Gabe George goes up for a layup. (Photo by Kevin Nagle) 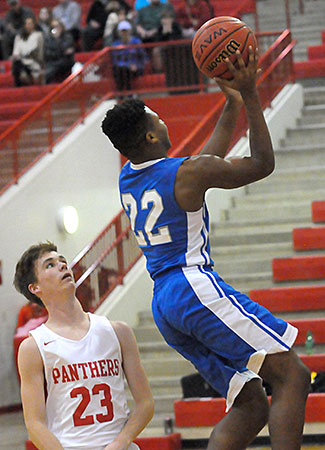 Daizure Hale drives to the basket. (Photo by Kevin Nagle)