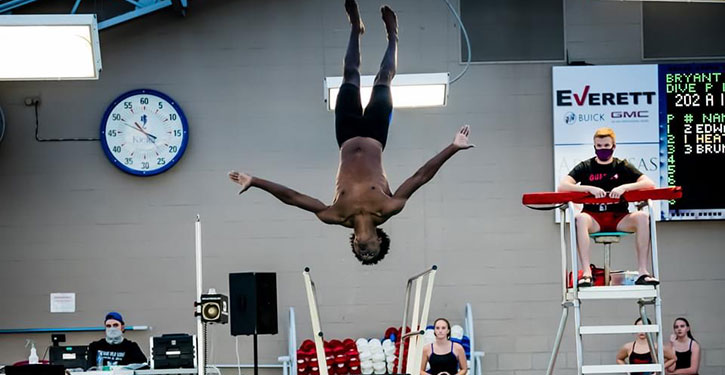 All five of the divers for the Bryant High School team qualified for State as they competed in a dive meet at the Bishop Park Aquatic Center on Saturday.

For the boys, Tanner Edwards of Magnolia took top honors earning a score of 289.30. LaQuav Brumfield of Bryant was narrowly second with his score of 289.20. Hunter Heatley was third for the Hornets. His score was 244.75.