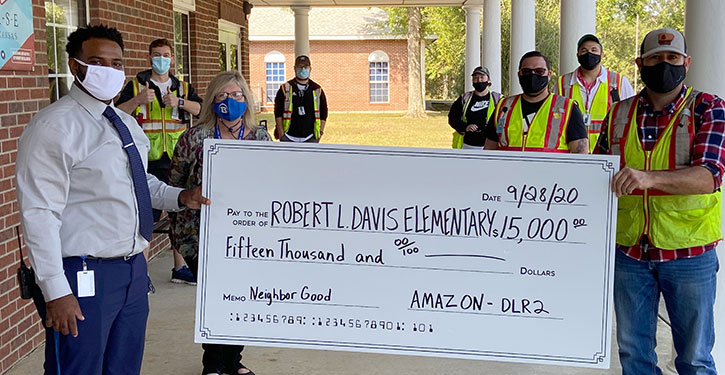 Robert L. Davis Elementary received a $15,000 donation from one of the school’s new neighbors, Amazon. Amazon is currently retrofitting an existing 85,000 square-foot facility on I-30 to serve as a delivery station, which is anticipated to launch in late 2020.

The donation is part of the company’s efforts to invest in school robotics and STEM programs, providing resources to the next generation of innovators and helping ignite a lifelong passion for science, technology, engineering, and math (STEM). In addition to the $15,000 donation, Amazon provided the school with a 3D printer for the new STEM lab.