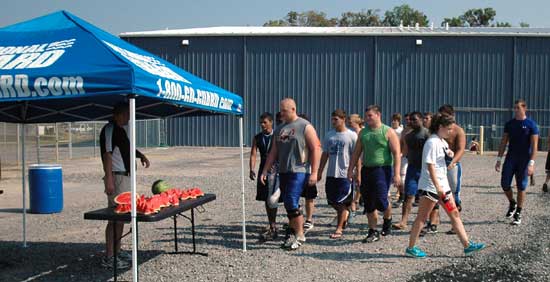 After the Bryant Hornets' football practice today, the players and coaches were treated to watermelon and Gatorade by the Arkansas National Guard's High School Initiative program.[more]

Said the National Guard's SSG David Mitchem, "Afterward, we presented a $2,000 check to the team on behalf of the National Guard."The High School Initiative program is designed to support local high schools around the state. 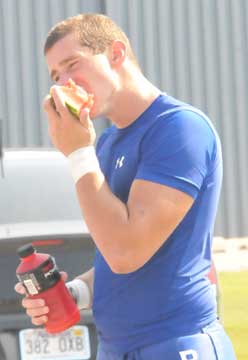 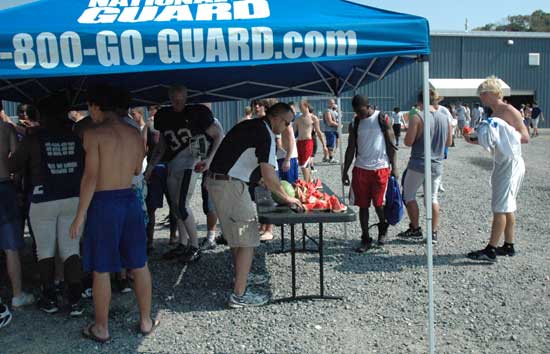 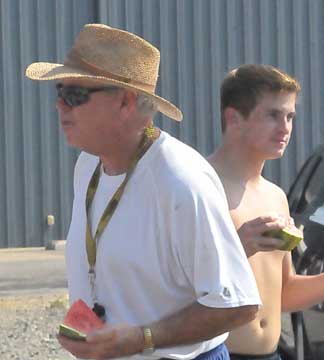