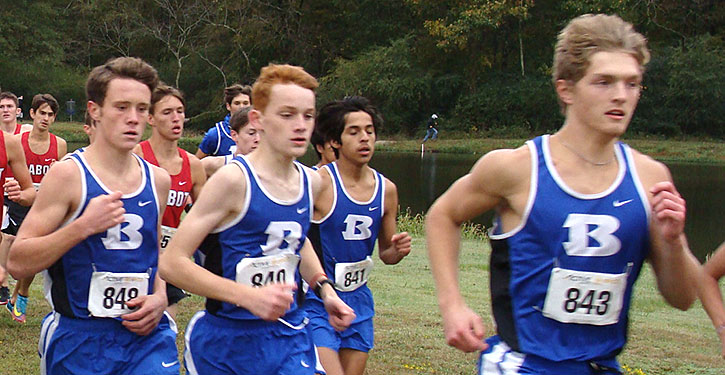 Bresner Austin and Chris Herrera earned all-conference honors by finishing among the top 10 at the 2020 6A-Central Conference cross country meet at Bishop Park in Tuesday.

Austin, the senior leader of the Bryant Hornets’ team turned in a 16:44.65 clocking to finish fourth overall. Herrera, a junior, ran a 16:55.82 to finish sixth.

“The boys are disappointed because they feel that we could have done better, but we did the best we could on this day,” he added. “Conway was the favorite coming in, but they were without one of their top four runners. Cabot ran a great team race to take the title. They had remarkable depth.”

“We had some young guys who struggled a little, but this was a great experience for them, and they will be back next year to try to bring a title back to Bryant,” Oury mentioned. “In the meantime, we will start preparing for the State meet, which is on Friday, Nov. 6, at Oaklawn Park in Hot Springs.”