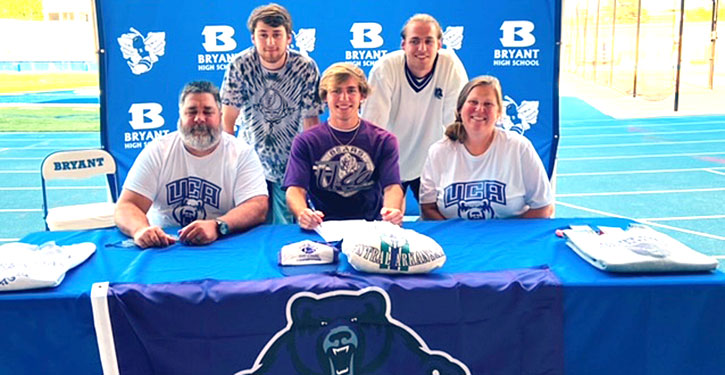 Bresner Austin, who just last week, helped the Bryant Hornets track team win a conference championship, has signed a letter of intent to continue his education and athletic career at the University of Central Arkansas in Conway.

“Bresner has been a team leader from the 10th grade on,” declared Hornets head coach Steve Oury. “He was very excited to be part of our conference championship team this spring. He would encourage his teammates in all events and was obsessed with making sure that everyone was locked in and ready to perform at the conference meet.

“For me, it was almost like having another assistant coach,” he added. “He has always been a hard-working, gritty athlete.

“He had a few injury and illness setbacks over the last couple of years,” the coach noted. “That revealed how mentally tough he is. I have no doubt that Bresner will do the work necessary to have success at UCA. He understands and embraces the challenge of being a college student-athlete.”