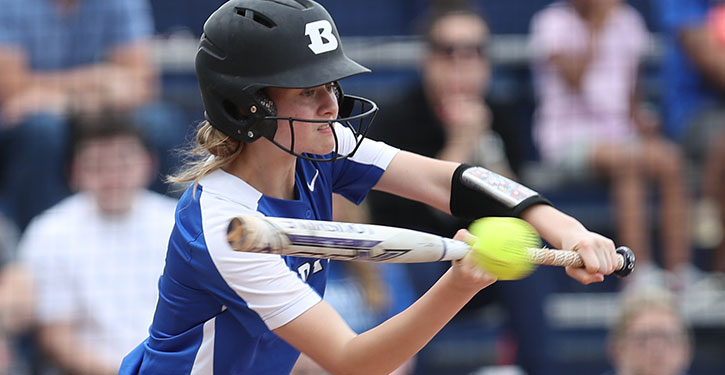 NORTH LITTLE ROCK — With their 5-2 win over the North Little Rock Lady Charging Wildcats, the Bryant Lady Hornets set up a showdown with Conway on Friday that will determine which team gets a 2 seed for the Class 6A State Tournament and, with it, a first-round bye.

Macy Hoskins went 3 for 3 while pitchers Leah Hicks and Christine Mefford repeatedly pitched in and out of trouble in the Lady Hornets’ win at Burns Park on Tuesday. A three-run fourth propelled Bryant to the victory.

The Lady Hornets improved to 23-6 overall and 11-2 in 6A-Central Conference play going into their final regular-season contest at home against Conway, which enters 10-3 in league play and 20-5 overall. Bryant rallied to edge the Lady Cats, 8-7, at Conway in April.

Alissa Suarez and Caitlyn LaCerra each had two hits on Tuesday. North Little Rock wound up with just two runs on 11 hits. Combined, however, Hicks and Mefford walked just two batters while striking out 11.

Hicks allowed a pair of two-out singled in the first inning but ended the threat with a strikeout. In turn, the Lady Hornets took a 1-0 lead.

LaCerra beat out a bunt hit then advanced all the way to third on Bella Herring’s sacrifice bunt. She scored on an error before Hoskins cracked her double. She was stranded.

North Little Rock threatened in the bottom of the second with a single and a walk to start the inning. With one out, a bunt resulted in a force at third. A single to center loaded the bases but Hicks got off the hook by inducing a grounder to Herring at short.

In the bottom of the third, a pair of singles got North Little Rock going. A sacrifice bunt put runners at second and third with one out. But Hicks struck out the next two batters to keep it 1-0.

The game-breaking top of the fourth started with an infield hit by LaCerra. Trying to bunt her over to second, Herring wound up with a single. And when Hoskins singled on another bunt, LaCerra hustled home.

A passed ball moved runners to second and third then, with one out, Suarez lashed a two-run single to make it 4-0.

North Little Rock broke through with a run in the bottom of the inning. A double, an error and a single produced the run. But, with two runners aboard, Mefford came on in relief. She got the first out on strikes then a single to left was charged by LaCerra, who fired home in time for an out.

A pop up to Suarez at second ended the inning.

Herring walked and Hoskins singled with two down in the top of the fifth, but both were stranded. Mefford, in turn, set down the Lady Cats in order for the only time in the game.

Bryant tacked on an insurance run in the top of the sixth. Suarez drew a lead-off walk but was out trying to get to second on Mefford’s bunt. Abby Gentry, however, lined a single to center and Regan Dillon delivered the run with a sacrifice fly.

Mefford pitched around a one-out single in the bottom of the sixth. She struck out the side.

In the bottom of the seventh, a walk, a double and a one-out sacrifice fly made it 5-2 before Mefford got the final out on a grounder to Gentry at third.