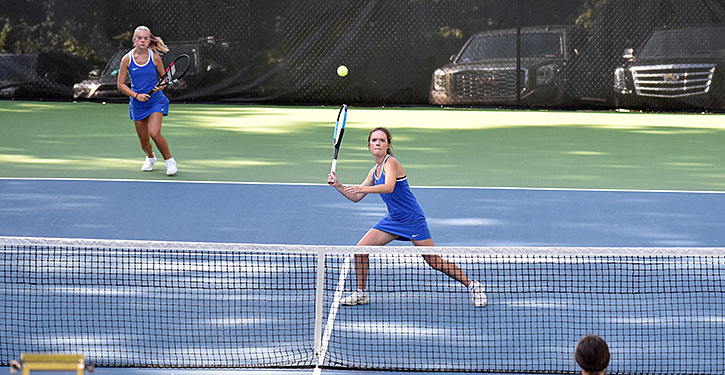 LITTLE ROCK — The Bryant Lady Hornets’ tennis team made its 2020 debut on Tuesday but absorbed a 3-0 loss in varsity action to the Mount St. Mary Belles at Rebsamen Park.

Junior varsity action was highlighted by a win in doubles for Kate Keith and Zoe Cates over the Belles’ Emma Stewart Kohler and Anna Bell Benton, 8-5.

In JV doubles, Mount’s Abigail Pahlo and Eliza Lewis won 8-2 over Destiny Galindo and Adrienne Shelton. Libby Raffaelli and Josie Landrum of the Belles topped Jennifer Brown and Daven Ross, 8-0. And Ray and Brown played a match against Lasley and Whittaker, absorbing a 2-8 setback.

The Lady Hornets will be joined by the boys team in their next match this Thursday against North Little Rock at Burns Park.