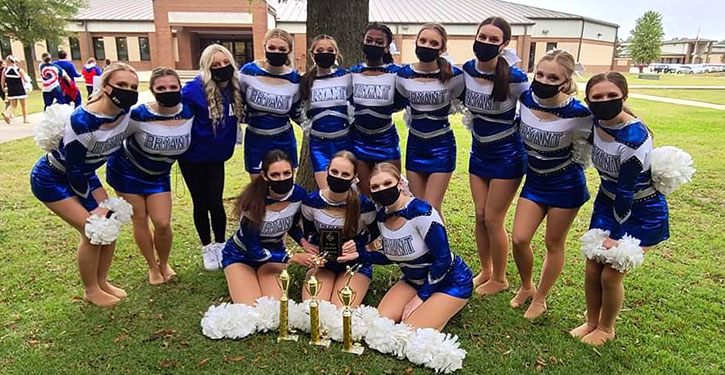 The Bryant High School varsity dance team was awarded first place in Jazz, Hip Hop and Pom on the way to earning the Overall Execution Award at the Nettleton dance competition recently.