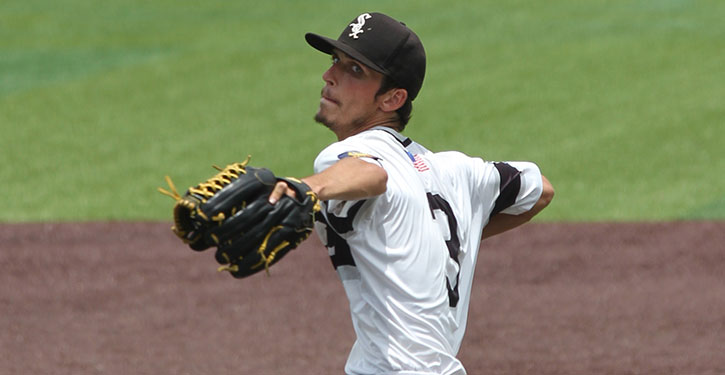 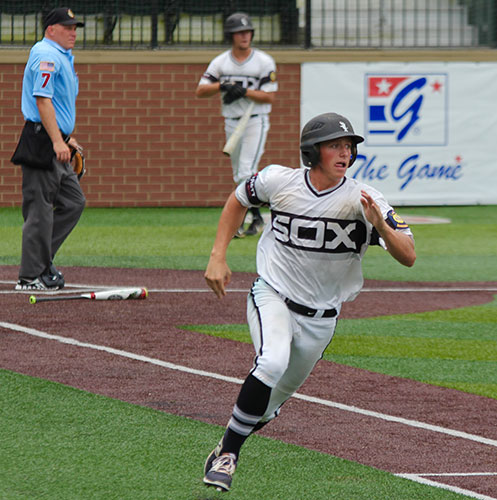 NEW ORLEANS — The Bryant Black Sox will play for the championship of the 2017 Senior American Legion Mid-South Regional Tournament this afternoon after a 5-2 win over the LaPlace, La., Pedal Valve Cardinals behind a four-hitter by right-hander Alex Shurtleff.

Logan Allen, Jake East and Dylan Hurt each had two hits for the Sox with Allen belting a pair of triples and scoring three times. East knocked in two runs.

The game was played at the third venue utilized by tournament officials. After rains earlier in the week pushed the tournament from Kirsch-Rooney Stadium to the artificial turf of John Ryan Stadium. On Saturday, torrential rains flooded the John Ryan field so Sunday’s games are being played at Tulane University.

The Sox will take on the Ada, Okla., Braves in the championship game. The Braves are the only team that has been able to defeat Bryant, winning a 5-4 game in 10 innings on Friday. 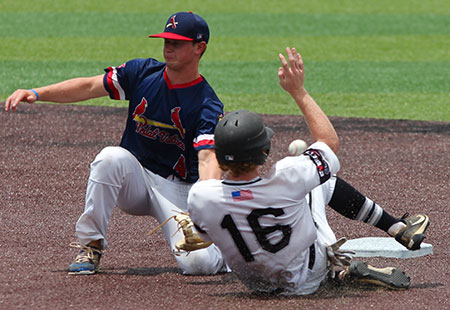 Bryant stayed alive with a win over Columbia, Tenn., on Saturday. Ada was set to play Louisiana following that contest but the storms prevented it. Those two teams wound up playing on Sunday morning with Pedal Valve keeping its hopes alive with a 4-3 win over Oklahoma.

Because of the rain and the threat for more, the last two games of the tournament were reduced from nine innings to seven. Apparently, word of that didn’t get to the LaPlace fans. After the game, they were irate that the game was over. But, as the Louisiana coach allowed to Bryant’s coaches, he was out of pitching at that point. 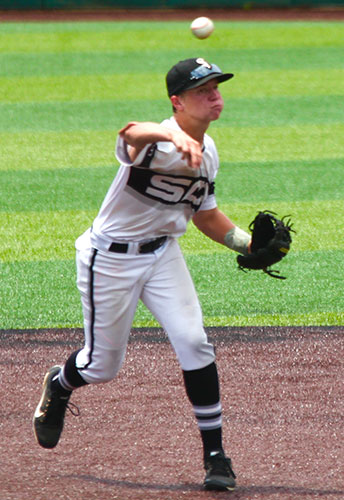 Of course, Bryant fans know plenty about Regional tournament controversy from last year when the Sox weren’t allowed to play the final game at all and Texarkana was awarded the trip to the World Series based on a semifinal win that normally would have had little impact on Bryant’s trip to the championship game. Rain would have pushed the title game to Monday and artificial turf fields were made available but the tournament director insisted that the game couldn’t be played and Texarkana should go to Shelby, where they promptly became the first Arkansas team to ever win a Legion World Series.

The shorter contest meant early success was important and the Sox jumped on it. After the Cardinals were retired in order in the top of the first, Allen ignited the Sox with a lead-off triple in the bottom of the inning. Jake East was struck by a pitch then Seth Tucker’s sacrifice fly got Allen home. East tagged and made it to second but he wound up over-sliding the bag and being tagged out. That loomed when Hurt drilled a double.

And it looked bigger in the second when the Cards came up with both of their runs and three of their four hits. The hits were all doubles — Mason Vicknair to lead off, Michael Toscano with one out, and Cyle Clayton two pitches later. But Shurtleff put an end to the eruption right there getting Zach Cook to bounce out to Scott Schmidt at third and Cole Nalesnick to ground out to Tucker at second. 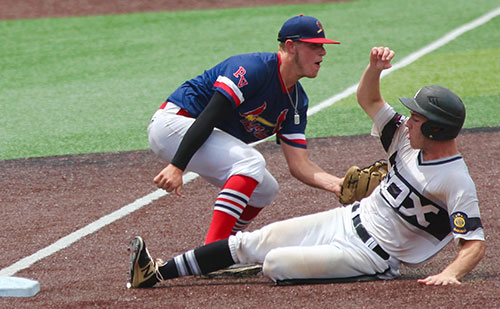 And Bryant didn’t take long to retaliate. In the bottom of the inning, Jake Wright walked and stole second. Schmidt drew a free pass and Aaron Orender sacrificed them to second and third. Wright scored on Coby Greiner’s grounder to short to tie the game then Allen drilled one to the gap in left-center for another triple, chasing in Schmidt.

Vicknair, the LaPlace starter, gave way to Lyall Ball who was greeted by East whose grounder up the middle went for an infield hit and an RBI, making it 4-2.

Shurtleff allowed a walk in the top of the third but Austin Keller was doubled off first on a liner by Justin Ory to Schmidt at third to end the inning. The Cardinals would manage just one more base-runner after that at Shurtleff and the error-free Sox set down the last 13 of 14 batters. Only a lead-off single by Luke LaCoste in the top of the sixth interrupted the run.

Bryant tacked on an insurance run in the fourth. Orender walked and was sacrificed to second by Greiner. Though Orender was thrown out trying to get to third on Allen’s grounder to short, a stolen base got Allen into scoring position and East drilled a single to center to drive him home.