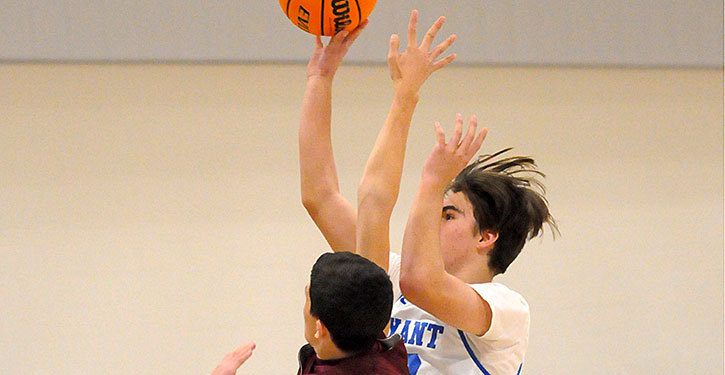 It took a half for the Bryant Blue Hornets eighth grade team of Bryant Junior High to knock off the rust from their holiday break. In the process, they fell behind 16-7 in the first half against the rival Benton Panthers Monday night.

Though the Hornets rallied in the second half, they came up short in the end, suffering a 28-26 loss at the BJHS gym.

“We didn’t shoot well,” said Hornets coach Steve Wilson. “We turned the ball over on our passing, not coming to meet the passes and passing on our heels.”

The loss dropped the Hornets to 4-2 on the season going into a home game against Conway Blue on Thursday.