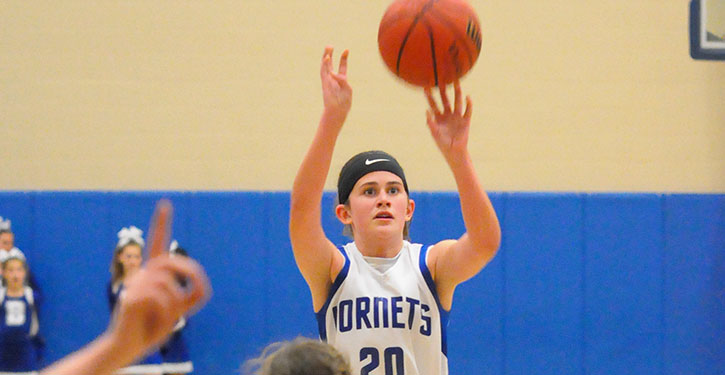 Abby Gentry scored 14 points and Emileigh Muse 8 but it wasn’t enough as the Bryant Blue Lady Hornets’ eighth-grade team of Bethel Middle School absorbed a tough 27-24 loss to Cabot North to wrap up the 2018-19 season at the Bethel gym on Tuesday.

“The girls competed much better and played hard the whole game,” said Bethel coach Joe Cook. “I was proud of their effort.”

The Lady Hornets finished the season 7-8.

Bethel seventh-grade girls fall in finale to Cabot North
Blue Hornets battle but fall short at the end vs. Panthers