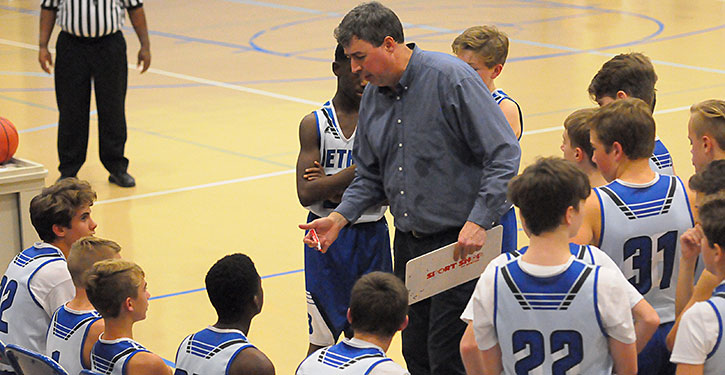 Sparked by L.C. Pitts off the bench, the Bryant Blue Hornets seventh-grade team of Bethel Middle School rallied from a 14-9 deficit at the half to take a 21-18 lead going into the fourth quarter on the way to a 30-20 victory over the White Hall Bulldogs seventh-graders at the Bethel gym on Thursday night.

“We started out slow,” acknowledged Hornets coach Steve Wilson. “We hit our best stride in the third quarter.”

Bethel led 5-4 after a quarter but White Hall put together its best quarter in the second to build the halftime edge. The Hornets outscored the Bulldogs in the final stanza, 9-2, to win going away.

Now 4-1 on the season, Bryant Blue is scheduled to host Benton on Monday, Dec. 17, then Sheridan on Tuesday, Dec. 18 before breaking for the holidays.