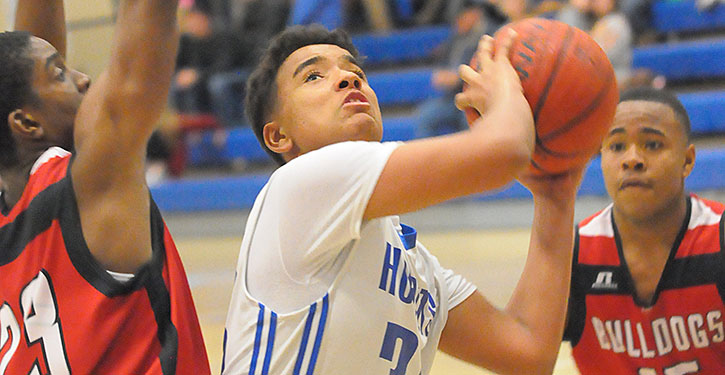 The aggressiveness of the White Hall Bulldogs’ eighth-grade team in driving to the basket and crashing the boards proved to be a tough challenge for the short-handed Bryant Blue Hornets eighth-grade team of Bethel Middle School on Thursday night at the Bethel gym. White Hall road a 13-4 surge in the second quarter to a 47-29 victory.

“We played hard but gave up too many drives to the basket and offensive rebounds,” acknowledged Bethel coach Steve Wilson. “Jeffrey Francis came off the bench to give us some quality minutes.”

Destin Jenkins led the Hornets with 7 points. Francis and Evan Lamb added 6 each and Elijah Thompson had 5 points. Andrew Briner connected on three free throws when he was fouled on a 3-point shot attempt in the fourth quarter and James Billingsley scored 2 points.

The Hornets, now 2-5, are set to wrap up their pre-holiday schedule on Tuesday, Dec. 18, at home against Sheridan.