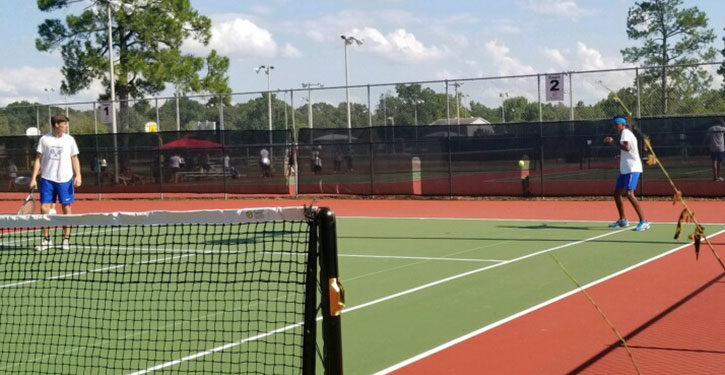 Elaine Qualls and Hope Hartz of Bryant earned an 8-1 win over Lydia Wilson and Alyssa Carter at number one doubles. In the number two match, Benton’s Paige Markel and Allison McMillan earned an 8-2 win over Jayla Osborne and Megan Sisco.