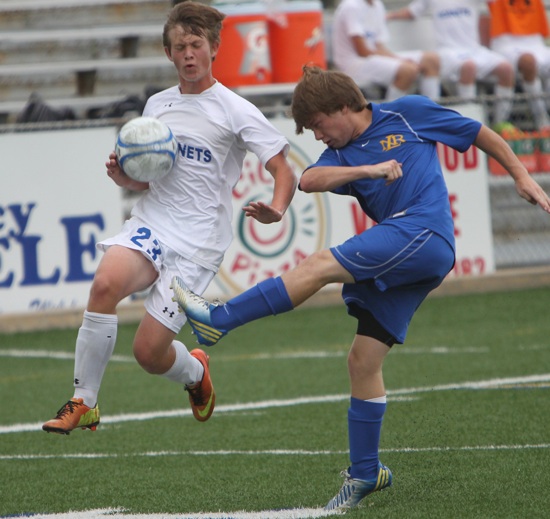 NORTH LITTLE ROCK — Friday was a landmark day for the Bryant Hornets soccer program. With[more] a 1-0 win over the North Little Rock Charging Wildcats, the Hornets not only earned their 20th win of the season, a new standard for the program, they advanced to the State Tournament semifinals for the first time. 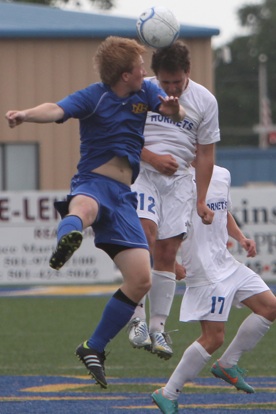 No doubt, they’d love to add another “first time” accomplishments before their through and they’re set to get to work on that on Saturday, May 11, at 2 p.m., against the Central Conference champion Fort Smith Northside Grizzlies who ousted Rogers Heritage on Friday, 3-1. The winner of Saturday’s match will advance to the championship game next Friday at 8 p.m., at the University of Arkansas’ Razorback Field in Fayetteville where they’ll face the survivor of the other semifinal between Springdale and Bentonville.

Senior Justin Travis was credited with the lone goal of Friday’s match at around the 36:00 of the first half, just four minutes in.

“Technically, I think it was an ‘own-goal’,” said Hornets coach Jason Hay. “They credited Travis with it. It kind of bounced around but I’ll take it. You know, that’s how they tied us.”

The Charging Wildcats and the Hornets played at the first of the season, Feb. 28, and the Hornets had a 2-1 lead. On a penalty kick, North Little Rock knotted it up with a ball that ricocheted around and went into the net off a Bryant player. 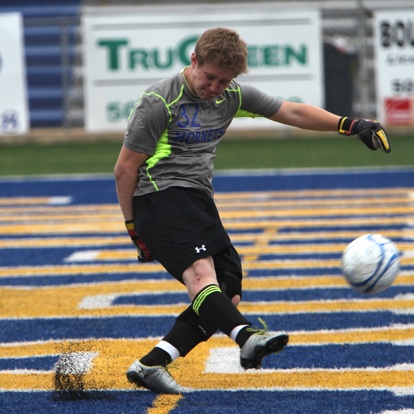 “The first half was about as bad as I’ve ever seen us play,” he stated. “We were sluggish and North Little Rock’s kids were playing with a lot of intensity. They’ve been down the last few years and they had a good season so they were fired up. That had a lot to play for.

“At the end, I think our depth probably helped us more than anything,” the coach observed. “And having that bye.”

As the No. 2 seed from the West after earning the 7A/6A-South Conference championship, the Hornets were idle on Thursday while North Little Rock, the third seed from the Central was eliminating Fayetteville, 2-0.

“You could tell in the second half, they were gassed,” Hay acknowledged. “And we were subbing. I think basically, having depth was the difference.

“We did play a lot better in the second half,” he added. “We just couldn’t finish. 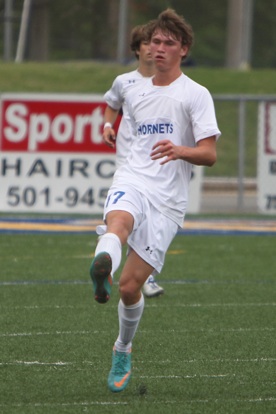 “Our defense played well. (Goalkeeper) Slade (Lewis) had some good saves. Evan Caddy came in and had a really big game as a sub off the bench. We had some guys a little banged up and short of breath and Evan played some forward, some wing. He made a big difference. When we needed somebody to step up and help, he came in and got it done. I was real proud of him.

“You never know who’s going to be the one that comes in and gives us a spark to make a difference,” the coach emphasized. “Hopefully tomorrow somebody else new will step up and help us maybe get another win.”

Northside, Hay stated, will be tough.

“It’s going to take a lot more than we did today to beat Northside,” he said. “I think getting to the semi’s is big for us,” the coach asserted. “We’ve been to the second round before but now we can win one and we can go to the big show. We’ll see how it goes. Northside plays very direct. They’re beatable but they’re really very good.”

Friday’s win was Bryant’s seventh in a row with six being shutouts. At 20-2-1, they’ve had 15 shutouts this season. So far. 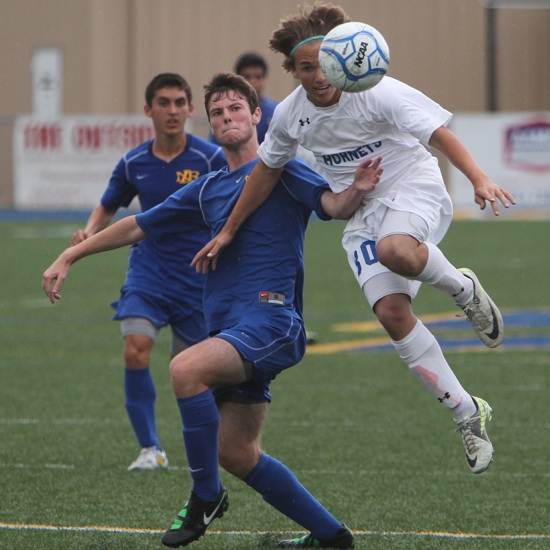 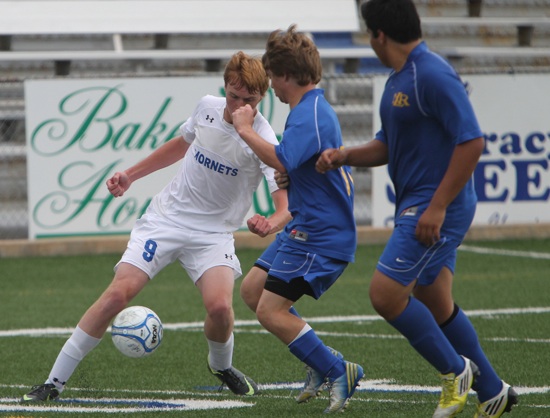 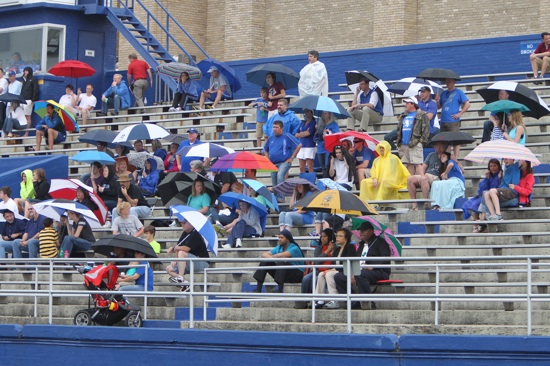