The Bryant 10-year-old All-Stars opened District tournament play with a[more] 19-0 win over Pine Bluff Seabrook at Bishop Park on Friday, June 24. Logan Chambers led the hitting attack by going 4 for 4 at the plate with a triple and five runs batted in while scoring four runs. 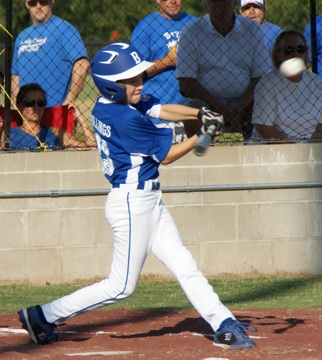 Bryant batted first and plated four quick runs. Catton led off with a walk, and took third on Grant’s single to right. Chambers tripled to left to score both runners and then scored on a triple to left by McFarland. McFarland later scored on a passed ball to make it 4-0.

Pine Bluff went 1-2-3 in the bottom of the first. They did collect a hit when a batted ball struck the third base bag but Dupree chased down the ball and threw the runner out trying to advance to second. That would turn out to be Pine Bluff’s only base runner of the game. 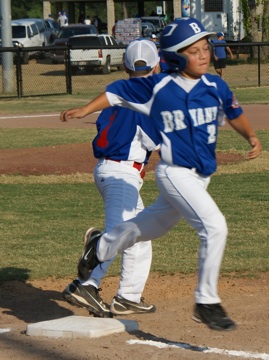 In the second, Bryant blew it open when they sent 17 men to the plate, collecting eight hits to go with two walks, two hit batters and a Seabrook error as the scored 11 times. Key hits were a two-run single to center by Chambers (that almost hit Catton near second base), a two-run single to center by Mullings, another two-single by Chambers and RBI-singles by Bariola and Shepard.

In the top of the third, Bryant tacked on four more to make it 19-0. Jackson, Coppock and McEntire, the first three batters, walked to load the bases. Grant’s grounder forced McEntire at second but Jackson scored on the play and Coppock moved to third. Coppock scored on a wild pitch and then Chambers singled Grant to third. McFarland walked to load the bases and then Bariola was hit by a pitch which brought Grant home. After Shepard popped out foul to the catcher, Clontz brought in the final run with a walk.

In the bottom of the third, Shepard ended the game with a good diving stop of a grounder to give Bryant a run-rule victory.

The All-Stars are next in action at noon on Saturday, June 25, when they take on the winner of the Benton-Hot Springs Village game. 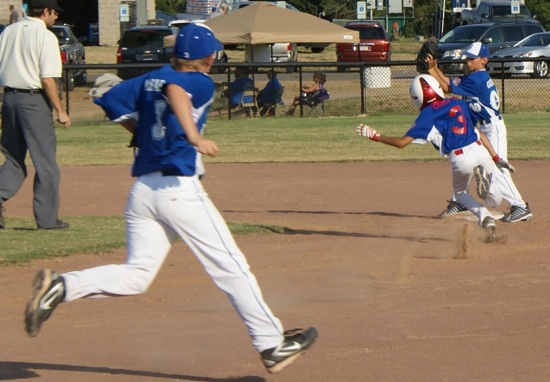