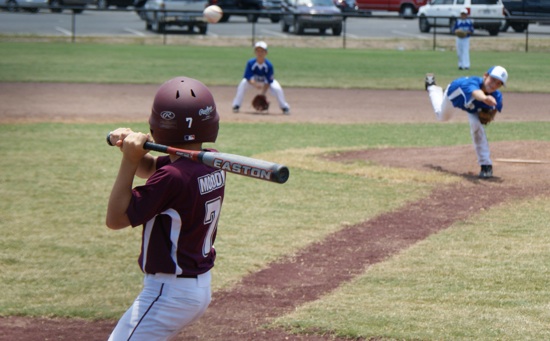 The Bryant 10-year-old Al-Stars rolled to a 13-0 win over rival Benton in the[more] winner’s bracket finals of the District tournament at Bishop Park on Saturday, June 25. 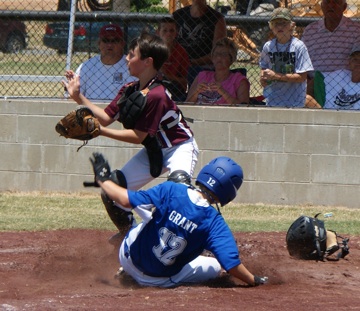 Grant started on the mound for Bryant and hurled the first three innings, striking out eight and allowing Benton’s only base runner of the game when he issued a walk on a 3-2 pitch in the first inning. 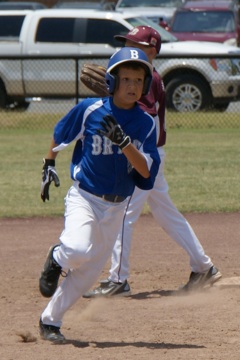 In the bottom of the first, Bryant struck for four runs. Catton and Grant walked and moved up on a wild pitch and then Chambers singled home Catton with a grounder up the middle. McFarland popped out to the second baseman on the outfield grass but Grant scored when he tagged and beat the throw to the plate, with Chambers going all the way to third base. Dupree walked and stole second. With Mullings at the plate, a wild pitch scored Chambers. Dupree also came around to score when the catcher’s throw bounced away from the pitcher as he covered the plate.

In the second, Bryant upped their lead to 5-0. Catton led off with a fly to left that fell for a single. Grant singled him to third and took second on the throw. Chambers smacked a line drive to center that was caught for a sacrifice fly that scored Catton but Grant was caught off second and tagged for the second out. McFarland followed with a double to left and moved to third on a passed ball but was then thrown out at the plate trying to score on a ball that got away from the catcher. 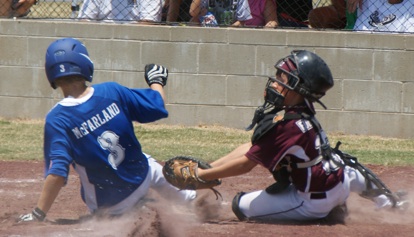 The All-Stars stretched their lead to 13-0 in the bottom of the third. The first four batters of the inning reached base. Dupree lined a single to center and moved to second on a poor throw. Lessenberry’s single to left and took second on the throw to the plate as Dupree scored. Clontz stroked a strong single to left and reached third when the ball eluded the left fielder. McEntire grounded a ball in the hole that went off the second baseman’s glove for a single as Clontz crossed the plate.

After McEntire moved to third on a passed ball, Catton scored him with a sac fly to center. Bariola then dumped a ball into right that took a high bounce over the outfielder’s head for a double. Chambers continued his hot-hitting with a solid single up the middle to drive in Bariola and he reached third when the outfielder misplayed the ball. He scored when Coppock lined a single off the third baseman’s glove. Dupree, who began the inning with a single, drove in Coppock with a ground ball to left and then scored on Lessenberry’s triple to left field.

In the fourth, Dupree took over on the mound and ended the game by retiring Benton in order with a strike out and two grounders.

Bryant will play in the championship game at 5 p.m. today, when they square off against the winner of the Benton-Pine Bluff Seabrook game.