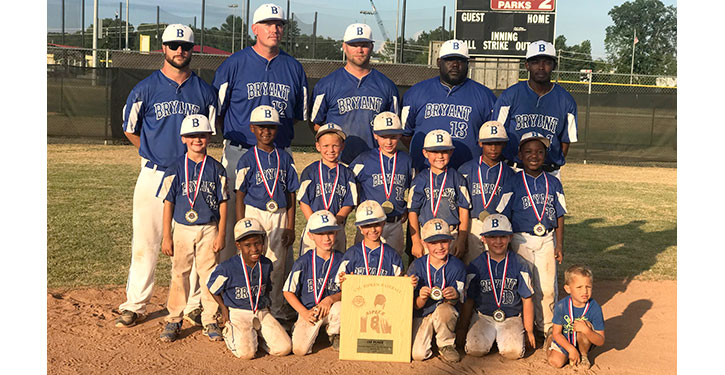 BENTON — The Bryant 6-year-old All-Stars completed an unbeaten run through the Southwest Regional T Ball Tournament to capture the championship on Sunday.

The Bryant 6’s won the South Arkansas State title and the Southwest Regional, going 46-8-1 on the season and 28-0 with 27 run-rule victories against other 6-year-old teams this year.

After winning all four games in their pool, Bryant opened play in the single-elimination championship bracket with a 13-0 win over Rogers. In the semifinals, they eked out a 14-13 win over Semmes, Ala. In the championship game on Sunday, Bryant ousted Theodore, Ala., 11-4.

“This is a great group of kids,” said Coach Harrison. “They are very talented.”