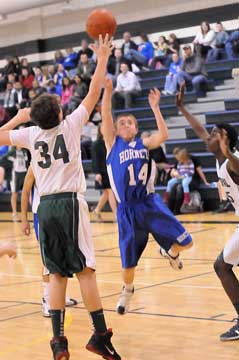 The Hornets held an 11-9 lead after a quarter but the game was tied at 19 at the half. Bryant Blue forged a 25-21 lead by the end of the third period.

“Episcopal had won 11 games this year,” noted Hornets coach Derek McGrew. “It seemed to me that we were a step slow tonight. Those three Saturday games took a toll on our legs and energy level. We got in some early foul trouble and were lucky to be tied at the half.” 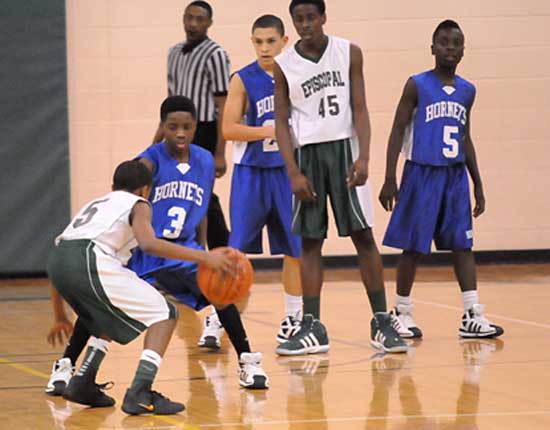