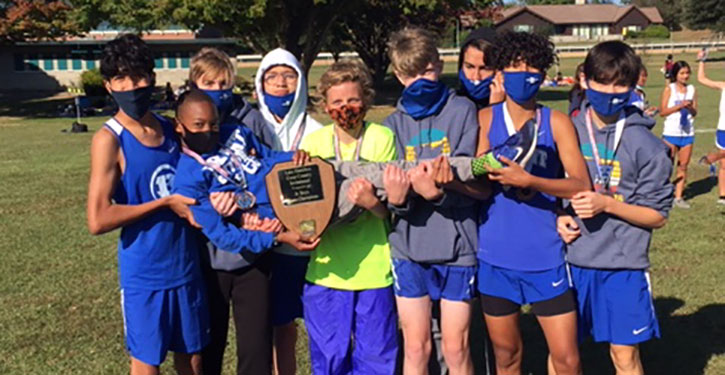 HOT SPRINGS — Jack Landrum and Angel Vargos finished in the top five leading the Bryant Hornets Junior High team to the championship of the junior boys’ division of the Lake Hamilton Invitational at Oaklawn Park on Saturday.

Seventeen teams and representatives from three other schools competed in the event.

Both Landrum and Vargas are eighth graders, as is Bryant’s third runner, Dylan Middleton, who turned in a 13:05.35 to finish 15th.

“The junior boys’ race was extremely close and we managed to take the win by just one point,” noted BJHS coach Nicole Bradbury. “Jack Landrum took the lead for the Bryant boys today snagging a third place overall and Angel Vargas was not far behind with fourth place. Dylan Middleton, Daniel Barrientos, and Daven Parker also performed very well, all medaling in the top 30.”

The junior high teams will conclude the 2020 season next Saturday, Oct. 24, at the annual WalMart Junior High championships in Cabot.