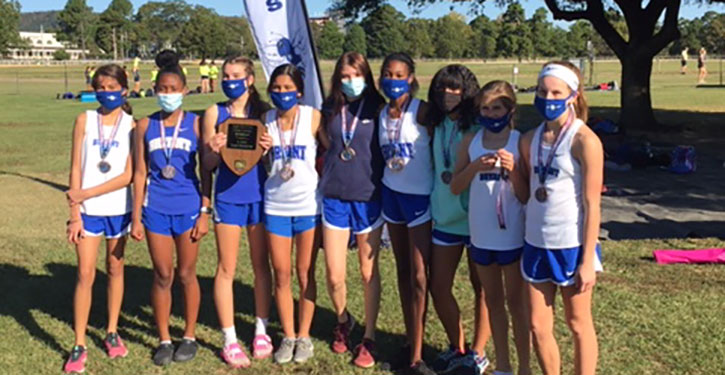 HOT SPRINGS — The Bryant Lady Hornets Junior High team placed all five scoring runners in the top 12 as they combined for a score of 35 points to win the team title in the junior girls’ division at the Lake Hamilton Invitational cross country meet at Oaklawn Park on Saturday.

The Lady Hornets were paced by Lillian Miller, who’s time of 14:17.35 was good for fourth place. Taegan Harrien, an eighth grader, was right with her for Bryant, finishing fifth in 14:18.24.

“The junior girls did a fantastic job and all raced smart,” said BJHS coach Nicole Bradbury. “They moved up slowly and held their place for the win.

“Lily Miller and Taegan battled it out for fourth and fifth place and were only within one second of each other,” she noted. “Dakota McNab was close behind them snagging sixth place and Haley Avila close by with eighth. Arion Pegram was our fifth finisher placing 12th overall.

The junior high teams will conclude the 2020 season next Saturday, Oct. 24, at the annual WalMart Junior High championships in Cabot.