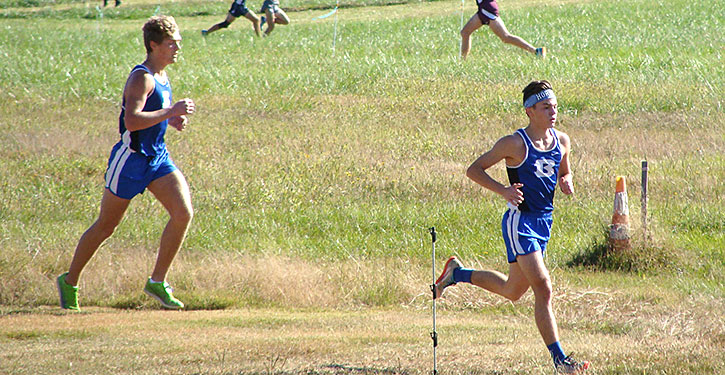 HOT SPRINGS — With four other top Class 6A schools and four top Class 5A schools competing at the site where the State cross country meet is annually held, Oaklawn Park, the Bryant Hornets finished seventh on Saturday at the Lake Hamilton Invitational.

The meet included 18 teams plus competitors from three other schools.

“We had a good day with several season best and personal best times,” said Hornets head coach Steve Oury. “This meet was good preparation for the conference and state meets. The state meet will be at Oaklawn Park, so it was good to get a race under our belt on that course. I was also curious to see how we would handle having two races in the same week, and we seemed to have no problem with it.”

The Hornets ran previously on Tuesday in their annual home meet at Bishop Park, the Danny Westbrook Invitational.

Freshman Payton Brack scored for the Hornets for the second meet since being moved up to the varsity. His time of 17:27.84 was good for 40th place overall.

“Payton Brack and Jaxon Holt both had big personal records,” Oury noted. “Bresner Austin ran a solid race to lead the way for us, and Chris Herrera wasn’t too far behind. Brady Bingaman had another good race. He is very reliable.”

The 6A-Central Conference meet will be held at Bishop Park this year. It is set for Tuesday, Oct. 27. The State meet is Nov. 6 at Oaklawn.