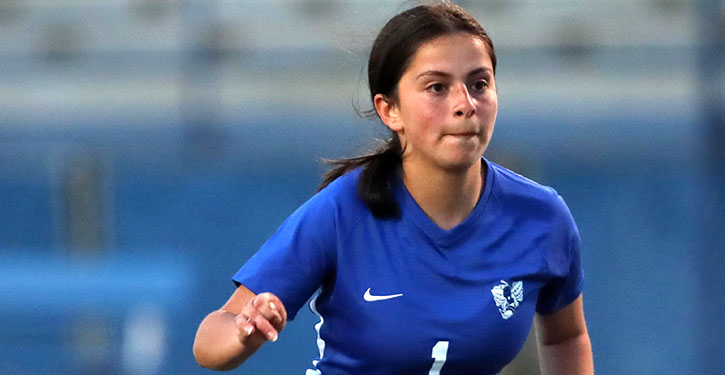 CABOT — Rachel Buck and Ashton Inman each had goals and the Bryant Lady Hornets earned another shutout as they remained unbeaten with a 2-0 win over the Cabot Lady Panthers on Monday.

The game starts a busy week for Bryant with matches at home against Conway on Wednesday and against North Little Rock on Friday.

“We played really well in the first half,” said Bryant head coach Olivia Allard. “We possessed. We won 50/50 balls. We struck to our game plan.”

Buck scored at the 25:26 mark off a corner from Abbey Inman and the 1-0 lead held until halftime.

“We missed a PK opportunity which I think could have helped the overall energy,” Allard mentioned. “But we just have to capitalize on those opportunities when we get them.”

Hannah Brewer assisted on Ashton Inman’s goal at the 20:12 mark of the second half.

“Our second half wasn’t our strongest,” Allard said. “I told the girls it was probably the most physical play I had seen out of a lot of them, but our first touches were off, and we played more in the air than on the ground.

“Road games are always a challenge, so I was pleased that we went home with the win,” she added.

Keeper Addison Funk had two saves in the game.