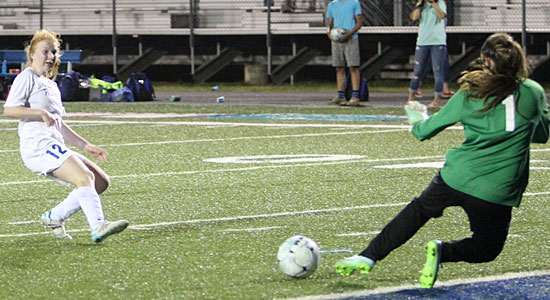 This date in Bryant athletic history: 2015 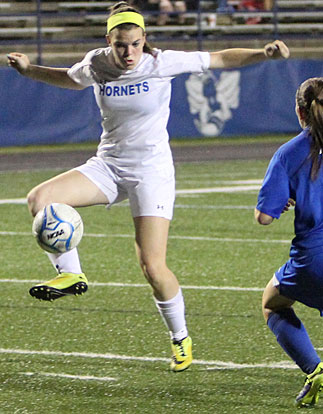 A hat trick by sophomore Caroline Campbell and splendid second-half defense lifted the Bryant Lady Hornets to a 4-1 win over the Conway Lady Cats at Bryant Stadium Tuesday night.

It was the second against 7A members of the 7A/6A-Central Conference. The Lady Hornets improved to 3-0 in the league overall and 11-1 on the season going into a match on Saturday against Fayetteville at Russellville. They’ll travel to Van Buren on Tuesday, April 14, in their next conference contest.

Campbell had two goals in the first half, the first at the 33:17 mark off a feed from Hadley Dickinson. The second came at 7:32 with Britney Sahlmann providing the assist.

Conway got its lone goal with 4:44 from Elizabeth Carter so it was 2-1 at the half.

“The first half I thought we didn’t come out with our normal intensity and sharpness,” said Bryant coach Julie Long. “At halftime, we made some minor adjustments and it seemed to really make the difference for our midfield to be able to control the game. We picked it up and played much better.”

Less than 10 minutes into the second half, Campbell banged home her third goal off and assist from Anna Lowery. At 9:14, Lowery headed one in off a corner kick from Kendall Selig to set the final score. 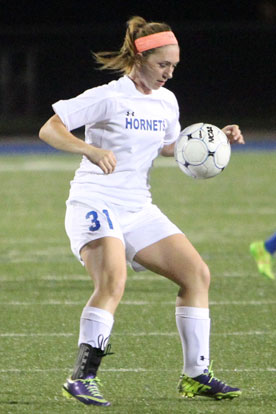 Keeper Maddie Hawkins had a save during the second-half shutout effort.

“The girls played our style of soccer, which is a passing game,” Long related. “Second half, I thought our defense did a very good job containing their offensive players.

“Overall, I was pleased with how the girls played,” she said. “We have to try to get better about giving up goals. We are giving up more goals than I would like. But we will keep getting better as the year goes on, hopefully.” 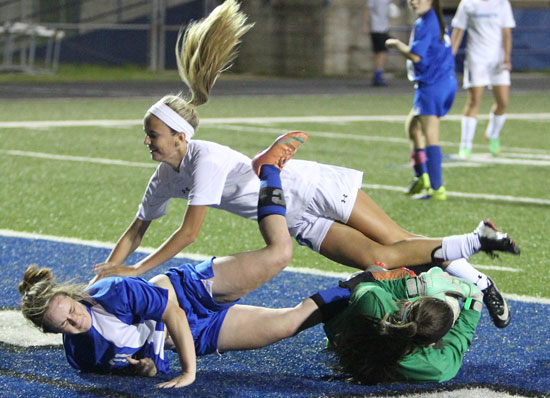 Anna Lowery gets tangled up with a pair of Conway players on her second-half goal. (Photo by Rick Nation) 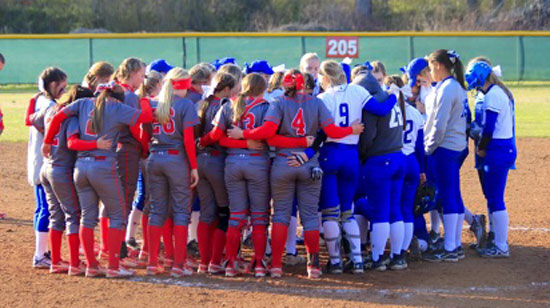 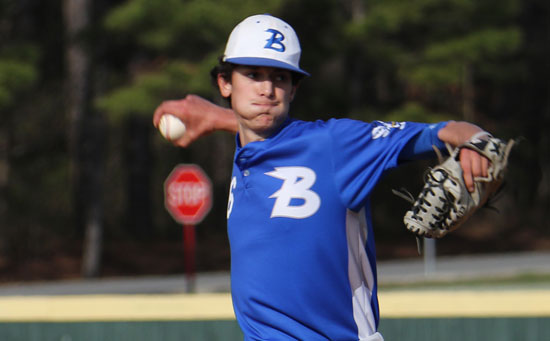