EL DORADO — The Gartrell sisters, Bailey and Shelby, each scored goals in the first half and the[more] Bryant Lady Hornets maintained through a rugged conflict for a 2-0 win over the El Dorado Lady Wildcats at Memorial Stadium Tuesday night.

Both teams came into the contest 4-0 in the South Conference. Bryant improved to 12-1-1 going into a battle with the rival Benton Lady Panthers at Bryant Stadium this Friday night.

“The girls played fairly decent,” said Lady Hornets coach Julie Long, whose team had outscored its previous four league foes 27-1. “I felt like the girls got spastic with their ball control. El Dorado put a lot of pressure on us.

“The girls played hard,” she asserted, “but it wasn’t the prettiest soccer I’ve seen. We missed some key scoring opportunities early in the game.

“However, that long trip and playing on the road, I’ll take the win,” the coach concluded.

It was the 11th time this season that the Lady Hornets did not allow a goal in regulation. They’ve won nine matches in succession. 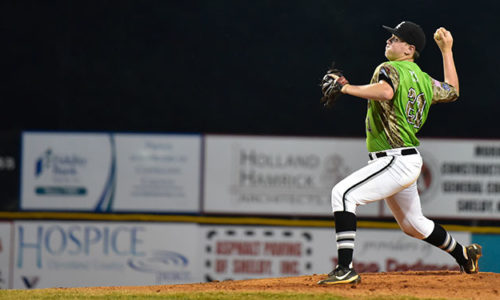