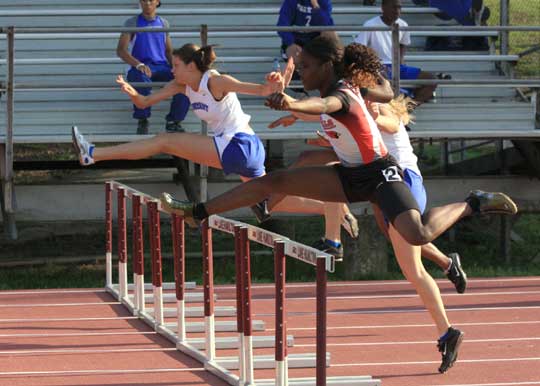 Bryant girls second only to Fairview at Lake Hamilton meet

The highlight performance of the night for Bryant came from Jordan Chadwick in the 300-meter hurdles. Chadwick ran a personal best time of 47.1 in only her second attempt at the event this spring. 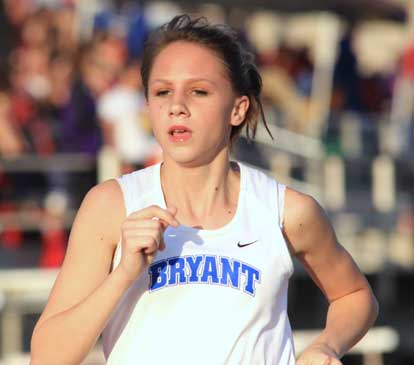 “Jordan got out strong and really pulled away from the field when she came off the final turn,” recounted Bryant coach Danny Westbrook. “This is only the second time she has run the longer hurdles this year and tonight’s performance should put her close to the state’s leading time in the event. She is also only 3-tenths of a second off our school record set by Kelsey Mitchell back in 2006.”

Chadwick, who has signed to run track at UCA next year, was the Lady Hornets’ leading scorer with 22 points. Along with her 300-meter hurdle victory, she finished third in the 100-meter hurdles (16.3), fourth in the 200-meter dash (27.1) and was a member of the 4 x 400 meter relay team that finished fourth.

Kayla Davidson tossed the discus 104’4” to take second. She also took eighth in the shot with a throw of 30’5”. She ended the night scoring 9 points.

Stacy Emmerling picked up a third-place finish in the 1600 meter run, in a time of 5:47. She also contributed leges to a pair of third-place relay teams. In the 4×400, she joined Bailey Seelinger, Morgan Seelinger and Chadwick in running a 4:33.4. In the 4×800, she joined Kayla Randolph, Oswalt and Lauren Rogers on a clocking of 10:20.

The Lady Hornets run at Conway on Thursday, April 15, then begin preparations for the 7A-Central Conference championships to be held on April 24.