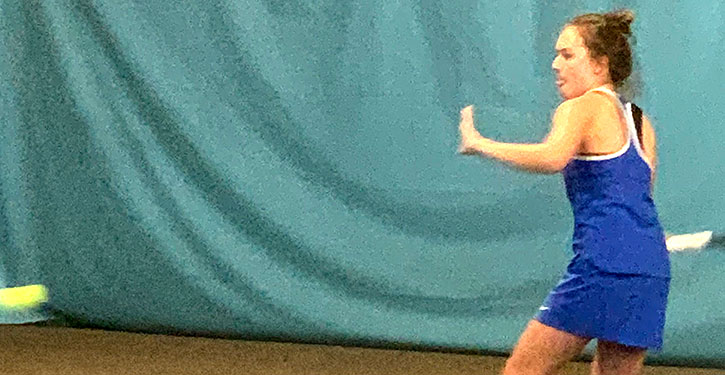 NORTH LITTLE ROCK — Kate Keith won the top singles match as the Bryant Lady Hornets won three of four varsity matches over North Little Rock at Burns Park in what proved to be their final regular-season match of 2020.

The Hornets’ doubles team of Connor Martin and Caleb Greiner won in the number one match for the lone win for the Bryant boys on Tuesday.

Bryant was set to finish the regular season against Conway on Thursday, but Conway cancelled the match. So, the next time Bryant will be competing it will be at the 6A-Central Conference Tournament at Rebsamen Park, hosted by Cabot, on Oct. 6-7.

Leslie Palmer earned the only win for the North Little Rock girls, 8-1, over Bryant’s Chelsea Nwankwo.

There were no junior varsity matches because, due to the weather, the teams competed indoors with a limited number of people allowed inside the building.