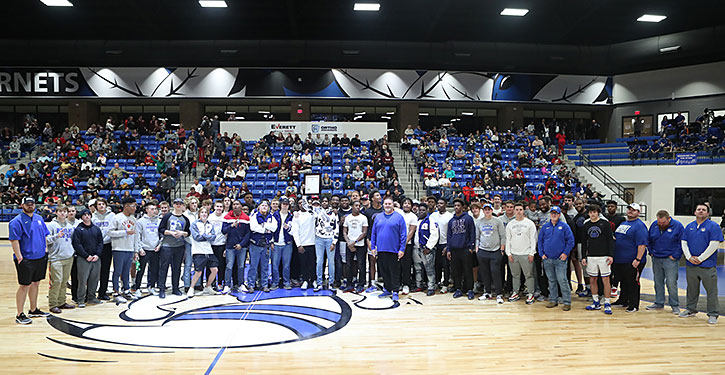 Between games at the Saline County Shootout on Tuesday night at the new Hornets Arena, the Bryant Hornets’ State champion football team was honored with a citation from the City of Bryant and Mayor Allen Scott.

In recognition for the Hornets’ 13-0 season and repeat title, Scott and the City Council designated Feb. 12, 2020, as “Bryant Hornet Day”.