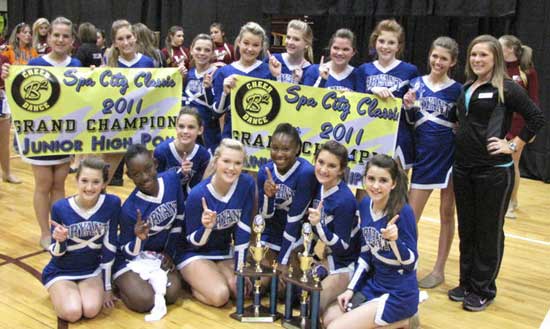 At the 2011 Lake Hamilton Dance Invitational on Saturday, Oct. 15, the Bryant Middle School eight grade dance[more] team won first in the 7A Division and was named the Overall Jr. High Grand Champions in Pom and Hip Hop.