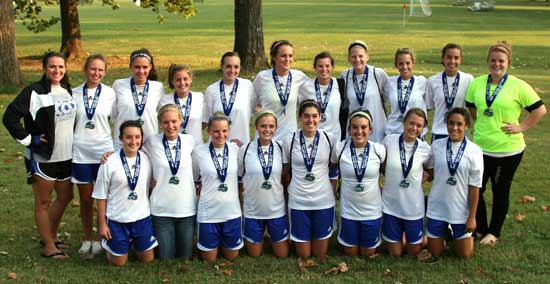 Bryant United '94 Girls, aka Bryant Blitz, won the Under 18 Girls[more] First Division this weekend at a tournament held at Burns Park Soccer Complex.

Bryant defeated the Little Rock Futbol Club '94 girls, 2-1, in double overtime on a one vs. one goal by Balisterri just before time expired in the second overtime period.