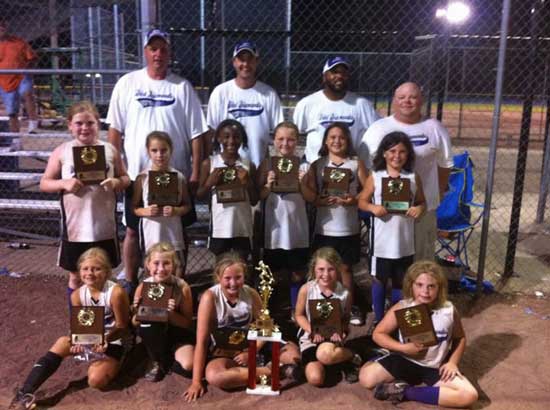 The team opened the tournament with a loss to the Plummerville Bulldogs 15-9 but came all the way back through the losers bracket. On Saturday, they defeated Ozark Green Machine, 8-6; Nashville Wild Ivy, 10-8; Lamar Dobb’s Body Shop, 15-5; Greenbrier Bashers 14-5; and Hermitage Mud Slingers 12-11.

That set up a return meeting with Plummerville for the championship. The Dirt Diamonds had to win twice to capture the title and they did, 12-11 and 14-11.