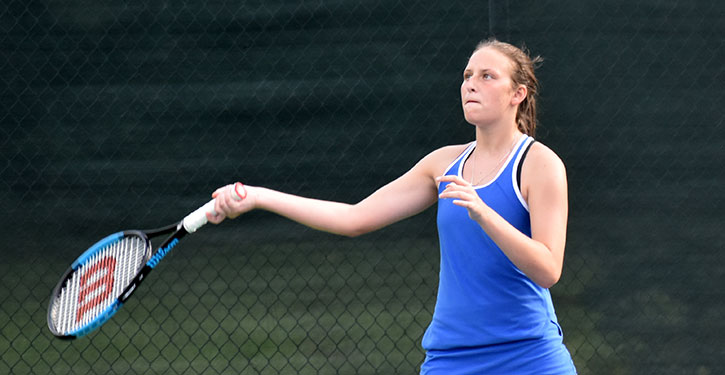 CABOT — The Bryant High School tennis team’s struggles continued on Thursday when they were swept in varsity and junior varsity matches against Cabot.

In the number one doubles matches, Bryant’s Simone Dinstbier and Hope Hartz fell 3-8 to Emma Turner and Chloe Miller while Connor Martin and Caleb Greiner came up short 4-8 against Will Adcock and Aiden Hamp.

Blue Hornets improve to 3-0 with win over Sheridan
September 18 in Bryant athletic history: 2010