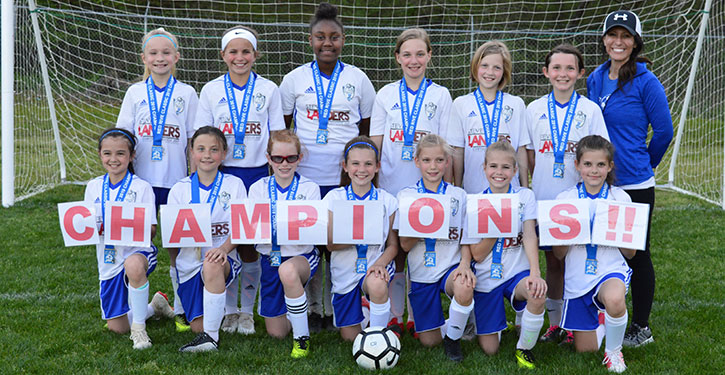 The Wildcats shredded Shreveport’s White squad 8-0 in Game 1 of pool play on Saturday, and followed up that performance with a 7-0 victory over Lake Charles (La.). Central Arkansas topped Texarkana 3-1 in Game 3 on Sunday, avenging last fall’s 3-2 loss at Texarkana.

The Wildcats faced Texarkana again in the tournament championship game at Independence Stadium, but the match was canceled due to severe weather after 14 minutes of play. The Wildcats were declared champions with 29 out of 30 possible points in pool play.

Central Arkansas, coached by Julie Fluger, competes in the Arkansas Competitive Soccer League. The Wildcats are 1-1-2 in league play this spring. Their only loss was a 1-0 setback to defending ACSL champ FC Arkansas (Fayetteville) ’07 in the opener.

Central Arkansas finished last fall with an overall record of 6-10-3 in its first season at the competitive level. Fluger’s Wildcats posted a combined record of 28-2-2 in fourseasons of recreational soccer.